Police will be enforcing stay-at-home order 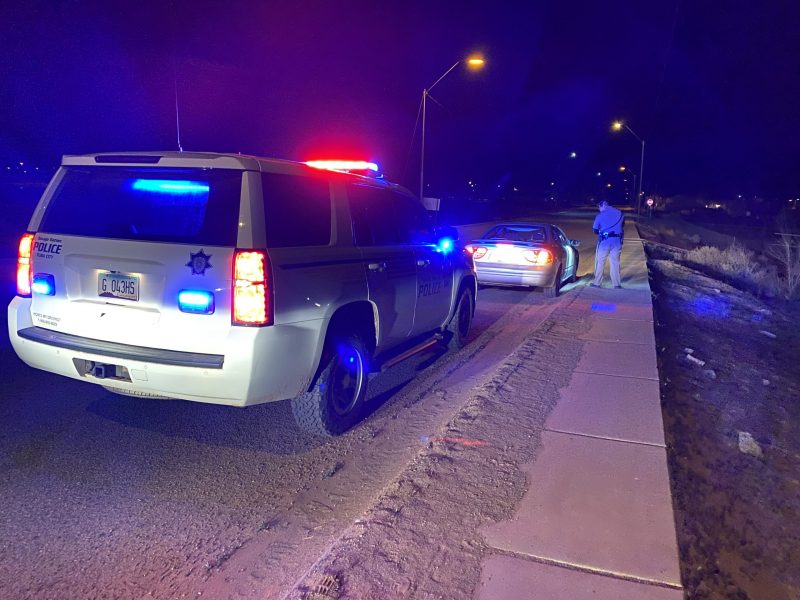 The Navajo Nation is going to get more strict with those who are not adhering to official recommendations regarding the COVID-19 crisis.

As of Thursday night the nation had 241cases with eight verified deaths, an increase of 27 cases over the previous day.

For three weeks now Navajo Nation President Jonathan Nez, Vice President Myron Lizer and other officials have stressed the need for social distancing and staying at home. There have been orders such as the shelter-in-place order, closing of non-essential businesses, and most recently an 8 p.m. to 5 a.m. curfew.

But these have not reduced the spread of the deadly coronavirus among community members.

“The shelter-in-place will begin to be enforced more,” said Nez during a Facebook Live town hall meeting Friday, “meaning people should be staying at home. It’s given us three weeks to shelter in place … We are going to be enforcing that a lot more.”

Among the efforts will be roadblocks, which will be an inconvenience to many. Since parks and recreation sites are closed, tourists and visitors are still being asked to stay away, and if a person has “foreign license plates” they will be pulled over. Also, businesses that aren’t abiding by the orders will be shut down.

“We are in three weeks of letting everyone know and warning people,” said Nez. “Starting today warnings will not be issued. The Navajo Nation has the ability to shut you down. So businesses, abide by these orders.”

Navajo Police Chief Phillip Francisco said starting tomorrow the police will start to issue citations for noncompliance to the stay-in-shelter order, the curfew order, restriction of tourists and non-essential businesses.

“We have given a week of education and warning, hoping people would voluntarily comply with the orders,” said Francisco. “We don’t want to do this and cause undo hardship to our citizens … That’s why we are asking for your compliance.”

Francisco also asked citizens who suspect that they may have coronavirus to please notify the dispatchers or the emergency responders of their health condition in order to ensure the officers’ and responders’ safety.

Doreen McPaul, Navajo Attorney General, said not complying with orders could be considered criminal nuisance as well as other offenses found in the Navajo Nation criminal code.

“It applies to all tribal members on the Nation regardless of tribal affiliation,” said McPaul. “It also applies to our non-Indian relatives and in-laws. For non-Indians generally, the Navajo Nation has the option to prosecute in a civil proceeding and seek civil monetary penalties, as well as exclude folks from the Nation.”

For those who see non-compliance in their chapters, McPaul encouraged that the incidents be reported to the health command center.

“The Nation remains closed to visitors,” said McPaul. “Hotels and many other businesses are closed, essential businesses are providing limited services. Medical facilities are at or approaching capacity so as a visitor if there is an issue on the Nation, you might not have access to medical care.”

“Department of Justice are the Department of Health has the position to create these public health standards and to enforce them,” said McPaul. “These apply to all gatherings including Christian gatherings. We do have information that some church groups are continuing to meet. We have analyzed the free exercise of religion under the Navajo Bill of Rights. Those gatherings can be shut down.”