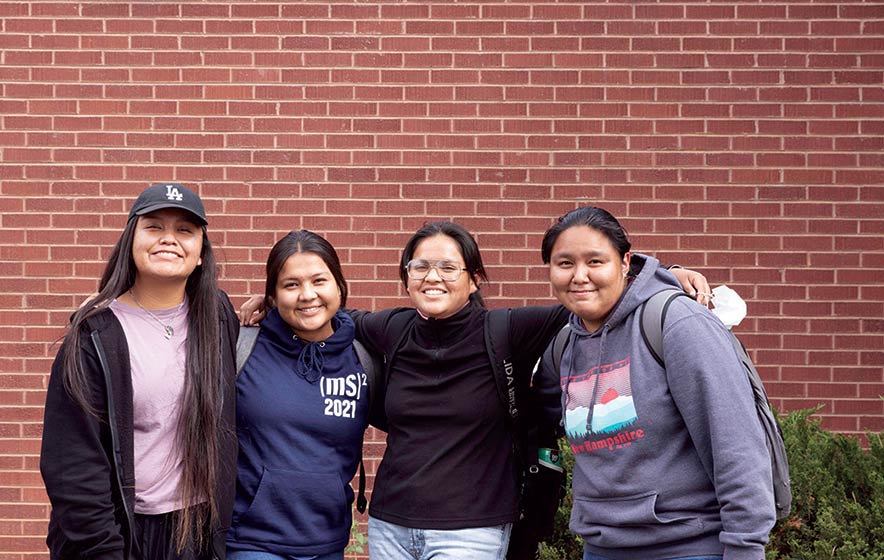 The program’s purpose is to prepare Native American and other less represented minority youth for college.

Applicants must apply during their freshman year of high school for five weeks of study in Andover, Massachusetts. Only 35 new students are accepted into this competitive summer experience each year.

The selected youth then return following their sophomore and junior years of high school.

The scholars are provided with tutors, counselors, field trips and recreation in addition to their classes.

AbiniSo Yazzie said that the Phillips Academy prepared her “get ahead and learn things better, so when I did need to do the work I already knew how to do it, making it easier for me.”

Allyn Allen said she applied to better herself and meet other youth who wanted to succeed. She feels she has learned to be more confident and independent.
Her advice to others is, “Do what you have to do to get what you want for yourself.” 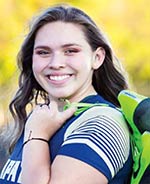 Courtesy photo
Alicia Guerrero, Tolowa Dee-ni’ and Yakama, is the female student-athlete of the year winner for the award given by Eve’s Fund and the Tribal Adaptive Organization.

FARMINGTON — Eve’s Fund for Native American Health Initiatives and Tribal Adaptive Organization, two nonprofits that have partnered to promote health and wellness among young Native Americans, announce the student-athlete of the year awards and the names of the inaugural award winners. 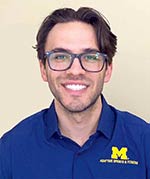 Courtesy photo
Caiden Baxter, Pokagan Band of the Potowatomi, is the male student-athlete of the year winner for the award given by Eve’s Fund and the Tribal Adaptive Organization.

The young people selected for the inaugural 2021 awards will each receive a $1,500 scholarship from Tribal Adaptive, made possible by financial support from Eve’s Fund.

Guerrero is a 2021 graduate of Wapata High in Wapata, Washington. She was a state track and field champion and a top student.

She attends the University of Illinois on a wheelchair basketball scholarship.

A native of Niles, Michigan, Baxter suffered a spinal cord injury at age 15 in an ATV crash, leaving him with partial paralysis from the waist down.

An honors student before and after his injury, he graduated from Niles High and the Berrien RESA Mathematics & Science Center (Berrien Springs, Mich.). Now a junior at Michigan, Caiden majors in computer science and is a member of the school’s wheelchair tennis team.

A virtual award ceremony will be streamed live on Thursday at 5 p.m. (Mountain Time) and may be viewed on the Tribal Adaptive Organization’s Facebook page at https://www.facebook.com/disablednativeoutreachprogram/. 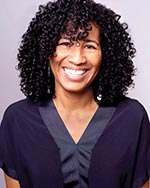 MESA, Ariz. – Mona Scott Figueroa, an award-winning professor and educational innovator who advocates for indigenous and underrepresented communities, is one of 12 alumni, employees and faculty members who will be inducted into the Mesa Community College Hall of Fame on Thursday.

Figueroa’s maternal grandparents are Louise Curley and the late Harris Curley. Her mother is Rene Scott.

She is recognized for the excellence in teaching category, which recognizes faculty who, over a number of years, have distinguished themselves by exceeding expectations in their contribution to the classroom, the college, the Maricopa County Community College District, the profession, and the community. 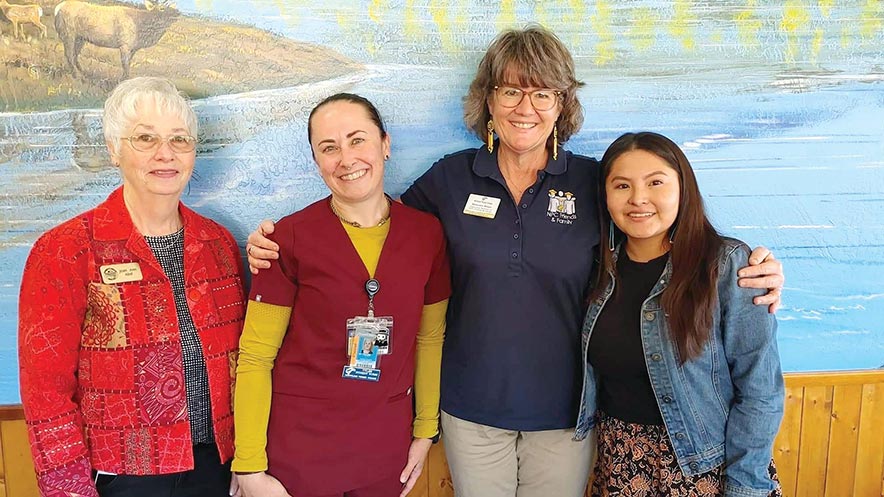 The students are Tyler Allen of Show Low and Jolie Selestewa, who is Hopi and White Mountain Apache. Both students won the $1,200 Doris Powers Memorial Scholarship, provided by the club in memory of one of their distinguished former members.

Selestewa until just recently resided on the Fort Apache Reservation with her two small children.

When she obtains her associate degree from NPC, that will make her the first in her family to graduate from college. She plans to pursue public health administration at Arizona State University and use her knowledge to improve the lives of Native people.

She was accepted into ASU’s public health program for the fall 2021 semester and is dual-enrolled at both NPC and ASU.

She lost her job in Whiteriver mid-semester. Undaunted, she found a position as a licensed nursing assistant at the Indian Health Service hospital in San Carlos, Arizona.

She purchased a used RV and moved with her three-year-old son and one-year-old daughter to a trailer park in San Carlos, where she continues to provide for her family while taking classes remotely.

In addition to her full-time studies, Allen, who lives off the grid in the Concho area, works full-time as a licensed massage therapist at Spa Estique in Pinetop, and serves as president of NPC’s Alpha Gamma Tau chapter of Phi Theta Kappa.

She plans to continue her education through a master’s in nurse education with an acute care gerontology specialty from Grand Canyon University, followed by a doctoral degree in public health policy from the University of Arizona. She maintains a perfect grade point average of 4.0.

The White Mountain Women’s Club has donated another $1,200 scholarship for the upcoming spring 2022 semester. The application deadline is Wednesday, Nov. 10, at 12 noon (MST).

The series is co-sponsored by the University of New Mexico Native American Studies.

FARMINGTON – The annual Charity Bowl Sale is back at San Juan College with hand-made, one-of-a-kind ceramic creations made by students. The sale will be held Nov. 18 and 19 from 9:30 a.m. to 6 p.m. in the Henderson Fine Arts Center 9000 meeting rooms located on the main campus.

The college has hosted the Charity Bowl Sale for more than 20 years, with proceeds benefiting a local charity.

This year’s charity recipient is Tres Rios Habitat for Humanity, a nonprofit that works to provide housing by building simple, decent homes in partnership with people in need.

They also have a local Habitat store where community members can volunteer or donate items to be sold at the store.

Ceramic bowls made by students and staff will be available for purchase for $10. Each purchased bowl comes with a free fill-up of soup from Mary’s Kitchen at the college.

Other items made by art students will be available for purchase, including Christmas ornaments, pottery, scarves, beadwork and more.

In addition, there will be a student and faculty art show and sale, including ceramics, drawings, paintings, and photography, in the Henderson Fine Arts Center Art Gallery.