In the 1970s I was introduced to my first novel with an Indian subject, The Light into the Forest, by Conrad Richter, about a Frontier white boy captured and raised by Indians, and after that book, Vine Deloria, Jr.’s Custer Died for Your Sins. 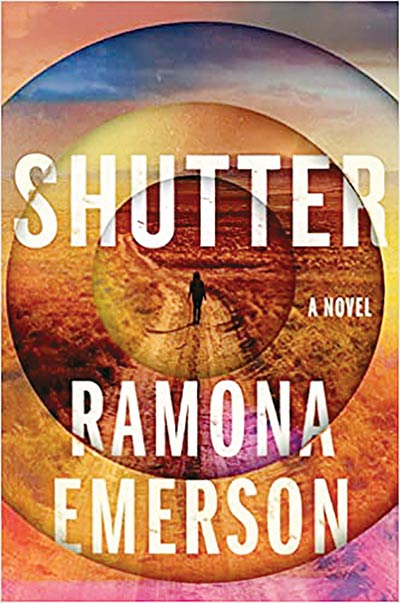 In the 1980s, I read only one of Tony Hillerman’s novels about Navajos as a classroom assignment. I never read another one.

Books authored by Native people were a rarity and now, 40 years later at least, I find an explosion of fiction and non-fiction by Indigenous authors.

Indigenous authors across genres have reclaimed literary traditions that draw upon ancestral knowledge and, simultaneously, explore topics that reflect the world we live in, genres that include Ramona Emerson’s Shutter, which is called a “horror.”

As “horror,” Shutter is a story about a young Diné woman, Rita, who is introduced to photography by her beloved grandmother who shows her how to use a simple box as a camera and then gifts her a Kodak camera.

Rita is usual for a child because of her gift of seeing another world where spirits exist. The circumstances of Rita’s young life lead to her living with her grandmother in Tohatchi for a period of time and then she moves to live with her mother in Santa Fe, circumstances that Diné readers may find familiar.

Themes such as migrations between home communities, border towns and cities and the conflict of leaving elders alone are situations Navajo readers may be familiar with.

Rita’s first job as a crime scene videographer requires her to photograph gruesome crime scenes that are starkly depicted in the story.

It is such a scene where Rita takes over a thousand images of body parts scattered over hundreds of yards that she is approached by the woman’s spirit who is aggressive and demanding that she find whoever murdered her by pushing her off a bridge and into the path of a freight truck.

As far back as Rita could remember, the spirits made themselves known to her. It is a gift that concerned her grandmother who enlists the local haatalí to help somehow rid her of such a “gift.”

Emerson touches upon subjects that Diné often are reluctant to raise or discuss in intimate circles, and does so in ways that allows for conversation about death, the possibilities of a spirit world, gifts of second sight, and witchery and evil.

While the novel is cast as a “horror,” because of its gruesome details of violent deaths, for Diné death is a topic we shun, and yet, we must acknowledge and work through because it is reality, it is more so a coming-of-age story.

Emerson, who is from my community of Tohatchi, tells me, “This book is my answer to Tony Hillerman.”

Emerson’s reference to Hillerman speaks to the popularity of the author’s mystery novels using Navajo characters, settings and drawing upon witchery to draw an audience.

We don’t need Tony Hillermans and Rebecca Roanhorses to appropriate our stories. We have the capacity to tell our own stories.

Shutter is part of the Diné literary renaissance that has been on-going since the 1970s.

As Graham and Emerson show, Indigenous horror takes on different meanings within an Indigenous and Diné context.

Jennifer Denetdale is from Tohatchi, New Mexico. She is a historian and currently a professor and the chair of American Studies at the University of New Mexico.