According to the president’s office, the majority of the funds comes from the $1 billion the U.S. EPA received in the 2015 settlement with Tronox (previously owned by Kerr-McGee). 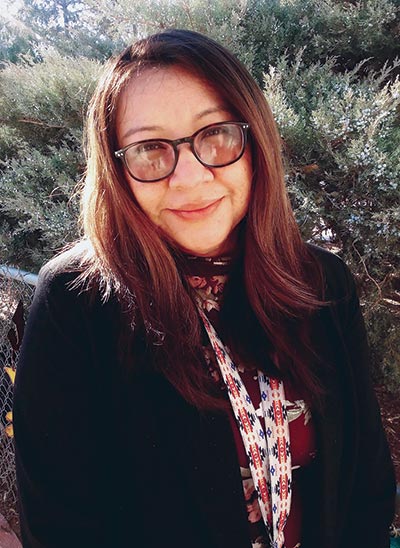 In total, there are 524 abandoned uranium mines on Navajo that have yet to be cleaned up so this is good news, since it has been estimated that the entire cleanup could take decades and cost billions of dollars.

“I’m excited about it and it’s a step in the right direction,” said Navajo Nation EPA Executive Director Valinda C. Shirley, who’s appointment to head the agency was unanimously confirmed by the Council last Friday.

“The award of these contracts propels the cleanup of our priority mine sites across the Navajo Nation,” she said.

Shirley said she looks forward to working with the Council, the president’s office and chapters in advocating for the impacted communities “with one unified voice.”

Shirley said the U.S. EPA has its own procurement process for selecting contractors, which does not include Navajo preference for work on Navajo.

However, each of the contracted companies will be required to develop training programs for Navajos and Diné-owned businesses in areas such as radiological contamination, health and safety, construction and road development.

“The Navajo people have endured decades of radiation exposure and contamination caused by uranium mining and production that has taken the lives of many former miners and downwinders and continues to impact the health of our children,” said President Jonathan Nez.

“We appreciate the U.S. EPA’s efforts to create incentives and opportunities for Navajo Nation residents by working with the contracted companies to develop training programs for our people,” he said.

“We have many Navajo-owned entrepreneurs and businesses that have the expertise and experience,” Nez said.

Rising through the ranks

The 50 sites included in the contracts are in New Mexico’s Grants Mining District and 10 chapters across the Nation that were primary uranium extraction and production locations for several decades.

A request for the complete list of sites was not responded to by Shirley, who has served as the acting director since December 2020, after the departure of former Executive Director Oliver Whaley.

Prior to that, Shirley worked as the senior remedial project manager for the NNEPA Superfund Program, coordinating on-site environmental cleanup and remediation projects to ensure compliance with Navajo Nation and federal environmental laws, standards, and regulations in adherence with Diné Fundamental Law.

“With her upbringing, education, and professional experience, we are excited and confident that she will do a great job leading the Navajo Nation EPA,” said Nez.

According to the OPVP, in her work with the Abandoned Uranium Mines Lands projects, Shirley spearheaded the Northeast Church Rock Mine Site and the Tronox sites in Cove and Tse Tah, Ariz.

She advised the U.S. EPA concerning Navajo Nation laws and Diné Fundamental Law as applicable or relevant and appropriate requirements used in the Mariano Lake’s Mac and Black Mine sites.

She also coordinated with the Nuclear Regulatory Commission on a Source Material License amendment for the United Nuclear Corporation mill site in the Eastern Navajo Agency.

Vice President Myron Lizer said Shirley is a prime example of an employee who rose in the ranks through hard work and ability to work with federal counterparts.

“I hold the office of the executive director of the Navajo EPA in the highest regard, and I have the utmost respect for the agency and its employees,” said Shirley.

“Since 1992, Navajo EPA has been the regulatory authority that safeguards Diné bikéyah dóó Nihookaa’ Dine’é,” she said. “In my experience working with the agency, it has served as an integral part of government by ensuring Nihimá Nahasdzaan dóó Nihit’aa’ Yádiłhił are kept clean to the highest of standards for our seventh-generation grandchildren.”

“We need Navajo scientists and young, enthusiastic people to keep our energy up,” she said.

Of the 524 abandoned uranium mines on the Navajo Nation, many have multiple waste areas such as mill sites, open pits or tailings.

From 1944 to 1986, nearly 30 million tons of uranium ore were extracted from Navajo lands under leases with the Nation for use in supplying the atomic power and weapons arsenal of the U.S. military through the Cold War era.

Thousands of Navajos were recruited and engaged in uranium mining, processing and transportation.

Early on, many of these workers also lived and raised families in close proximity to the uranium mines and mills and were unaware of the associated risks.

Through the Atomic Energy Commission, the federal government was the only purchaser of uranium until 1966, when commercial sales of uranium began. The last uranium mine on the Navajo Nation was closed in 1986.

On July 16, 1979, the U.S. saw the largest catastrophic spill in history when over 1,100 tons of uranium waste and 94 million gallons of radioactive solution from the UNC tailings disposal pond at its mill in Church Rock breached a dam and flooded the Rio Puerco.

The toxic sludge was carried 80 miles downstream, contaminating the groundwater that many Navajos depended on for drinking, irrigation and livestock.

In 2005, a moratorium on uranium mining was passed by the Navajo Nation Council.

No mines cleaned up

From 2007 to 2020, while the U.S. EPA has done mine assessments, evaluations and preparations, not one of the 524 sites has reached the actual cleanup stage, despite $1.7 billion in federal funding that was allocated for assessment and cleanup of 219 Navajo abandoned uranium mines.

This includes the 50 mines for which the above contracts were awarded.

As of last spring only $116 million of that money had been spent on studies.

At least part of the problem is the complex, nine-step Navajo Superfund Program process that guides cleanup efforts with the U.S. EPA, which is stymied by bureaucracy.

“Removal Action” is the last step in the process and none has yet happened.

Shirley says while the time it takes to evaluate the mine sites can be painstakingly long, the NNEPA and U.S. EPA are working together to combine steps and streamline procedures.

Regardless, the complexities and the number of decisions that have to be made along the way can be overwhelming and require community input, said Shirley.

The U.S. EPA reported that comprehensive assessments at 219 mines were completed and that engineering evaluations and cost analyses and complete cleanup plans and designs at all sites are scheduled to be finalized by 2024.

Meanwhile, funding to assess and remediate the remaining 305 abandoned uranium mine sites has yet to be secured.

Prior to the COVID-19 outbreak last March, Council held a series of hearings across the Nation where impacted miners and residents shared stories of uranium contamination that has caused sickness, death, trauma and dislocation for generations.

Tearful relatives spoke of loved ones whose lives were cut short due to illness and early death due to exposure to uranium, which can be ingested, inhaled or absorbed in the skin through the air, water, soil, plants and animals.

Those who were directly exposed to radioactive mining or lived near abandoned mines said their community members’ had elevated risk of illness, including lung, liver, heart, stomach, and kidney disease, respiratory disease and a variety of cancers and other ailments.

Examples given of indirect exposure included children who played in abandoned mines or mill tailing piles, sheep herders who watered sheep in open pit mines, women who washed dust-coated clothing for their uranium miner husbands, and people who obtained their drinking or irrigation water from streams that ran through or near a uranium mine.

Also, because of the lack of timely remediation and reclamation of the abandoned mines, contaminated nano-particles resulting from decades of windblown and weathered uranium waste erosion can still circulate in the air, further perpetuating the exposure to contaminants that can lead to chronic disease.