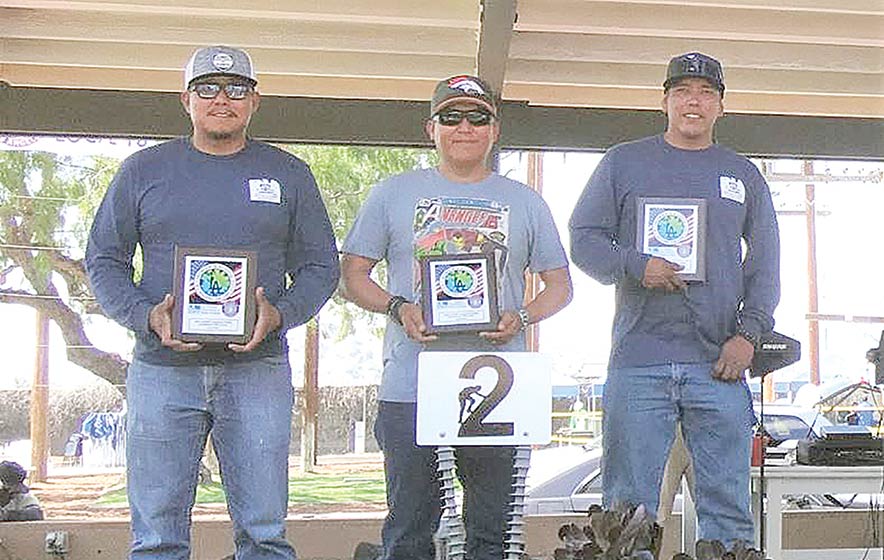 A team of Navajo Tribal Utility Authority journeymen competed in Los Angeles in a Lineman Rodeo on May 14 and placed second in the journeyman wire-down category.

The team was invited by the Los Angeles Department of Water & Power and IBEW Local 18.

More than 20 teams were competing in different events, including major utilities throughout California, such as California Edison, PG&E, and the city of Anaheim.

“It was an honor to represent the Navajo Nation at this event,” said NTUA lineman coach Arthur Blacksheep. “The guys did a great job, matching their skills against some of the major utilities that were invited and finishing in the top three.”

In addition to the competition, the Lineman Rodeo was a training opportunity for the NTUA linemen and apprentices to sharpen their skills in electric line work. 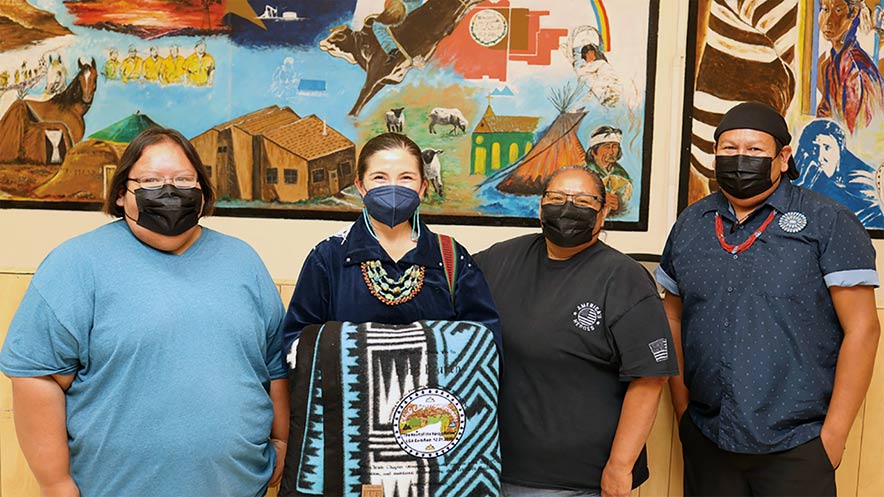 During the two phases, Chinle Chapter helped relief efforts by mobilizing volunteers through a partnership with AmeriCorps, served as a distribution hub, and organized food and PPE distributions throughout the chapter and beyond.

“Chinle Chapter wanted to say thank you and show our appreciation to the staff from Navajo & Hopi Families COVID-19 Relief Fund,” said Rosanna Jumbo-Fitch, the chapter’s president. “We’re very appreciative of the staff who participated in helping our community and surrounding chapters.”

Ethel Branch, executive director of the relief fund and candidate for Navajo Nation president, said it was an honor to work with them.

According to Cassandra Begay, deputy director of the relief fund, much of the success of the relief effort can be attributed to the chapter, which helped organize and lead food and PPE distributions.

“Honestly, they are the MVPs and heroes who helped protect and save many Navajo and Hopi lives during the pandemic,” Begay said.

Shawna Claw, the chapter’s vice president, said everyone who assisted the relief efforts as a volunteer became a leader.

Theresa Hatathlie, logistics coordinator for the relief fund and Arizona senator for Legislative District 7, spoke virtually and said the Relief Fund started with one goal.

“We wanted to make sure that our relatives, our children, parents, and grandchildren would be safe,” Hatathlie said. “Our matrilineal teachings and our ancestral knowledge had been brought forth.”

PINETOP, Ariz. – Democrats in Northern Arizona are working to build the largest-ever Native Voting Rights Rally, to be held on the Arizona portion of the Navajo Nation on Friday, May 27, according to a news release.

Petitions for three progressive voter initiatives will be available for signing at 66 chapter houses on May 27, from 9 a.m. to 4 p.m. (MST), during the Navajo Power Day of Action.

The three initiatives are: abolishing voter suppression, protecting people from predatory debt collection practices and ensuring that sources of political contributions are disclosed.

Sponsors include the Utah Division of Indian Affairs, the Ogden Union Station and the Utah Department of Cultural & Community Engagement.

The steering committee planned the event for Ogden, the heart of Utah’s railroad country, and emphasized Native American ideas of knowledge, knowing and scholarship over more “Western” historical authority.

The gathering is a mask-friendly event. Due to ongoing COVID-19 restrictions, seats will be capped at 200 in the Ogden Union Station’s Browning Theater.

A live-steam of the event will also be available on the Utah Division of Indian Affairs’ website.

The event follows a 2019 Native American-focused railroads gathering in Omaha, Neb., pegged to the 150th anniversary of the completion of the railroad.