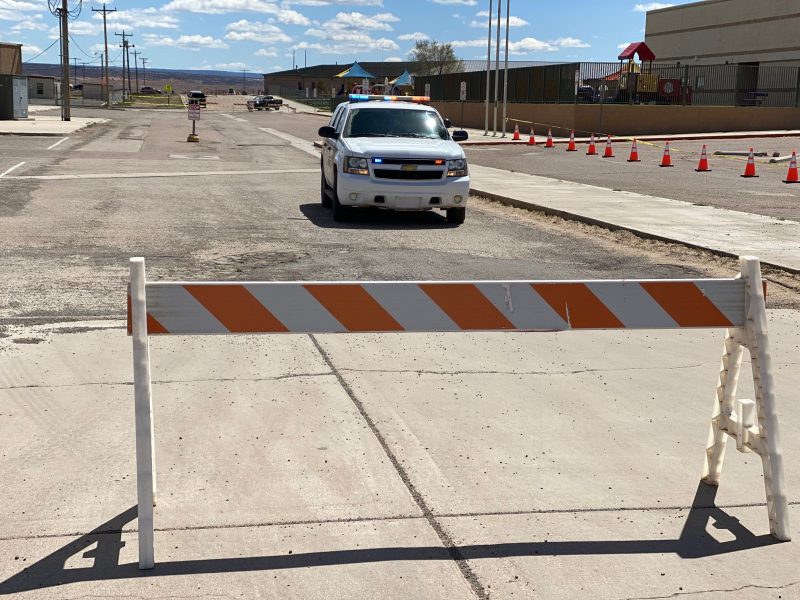 Navajo Times | Donovan Quintero
Police barricaded off the Chinle Community Center Monday while the National Guard converted it into a 50-bed quarantine facility for people who have tested positive for the novel coronavirus.

The Chinle Community Center has become a 50-bed quarantine facility and the Wildcat Den is now a distribution center for medical supplies.

The Arizona National Guard and Chinle Unified School District employees were busy Monday morning clearing out fitness equipment, getting showers working and setting up 50 beds in the community center, which is owned by the school district and normally used for athletic events, pow-wows, bazaars and a state polling place.

President Jonathan Nez, who came by to tour the facility, said it will be a “Tier 1 or Tier 2” medical facility to house people who have tested positive for COVID-19 but are not yet symptomatic and don’t need medical care.

A similar center was set up in Tuba City Sunday under a large tent.

“As you know, many people come from multi-generational families and we don’t want people who test positive going home and infecting their cheiis and nalis,” Nez said. “The best thing we can do is isolate them from the general population.” 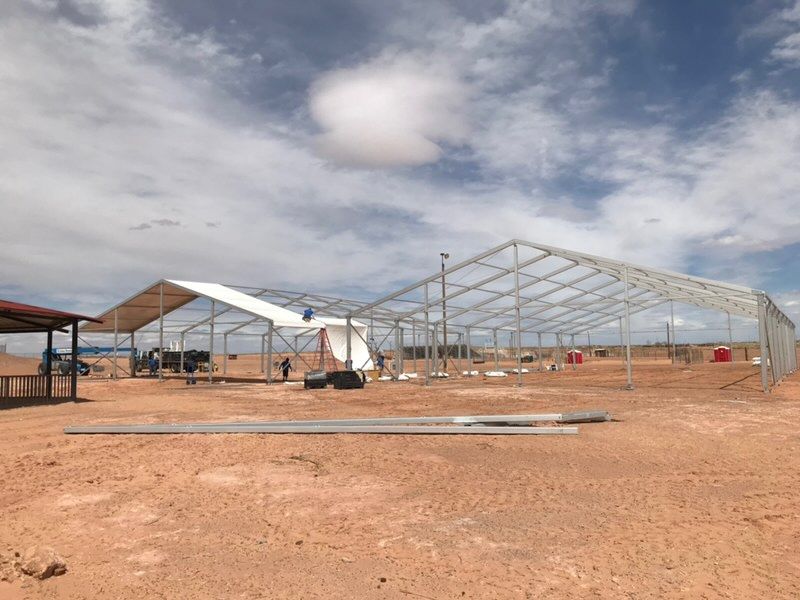 Food and other supplies will be brought in so the patients don’t have to leave the center. It will be staffed by Navajo Nation public safety employees, according to Nez, and a Tier 3 center, for people who are exhibiting symptoms and need medical care, will be set up next to the Chinle Comprehensive Health Care Facility.

Nez said the Chinle and Tuba city centers are the first of about 15 that will be set up in towns with major IHS facilities across the Nation. He said he and Vice President Myron Lizer had spoken to New Mexico Gov. Michelle Lujan Grisham about deploying the New Mexico National Guard on the eastern side of the reservation, and they are talking to the Utah Navajo Health System as well.

Vice President Myron Lizer added that Bashas’ supermarkets just today agreed to a special shopping day this Wednesday for elders 55 and up as well as dialysis patients and other high-risk individuals. The hours will be 6 a.m. to 1 p.m.

Lizer reminded the public of the Nation-wide stay-at-home order. “Stay home, stay safe,” he said. “I don’t know what we can do but keep repeating it.”