Damon may be placed on administrative leave without pay 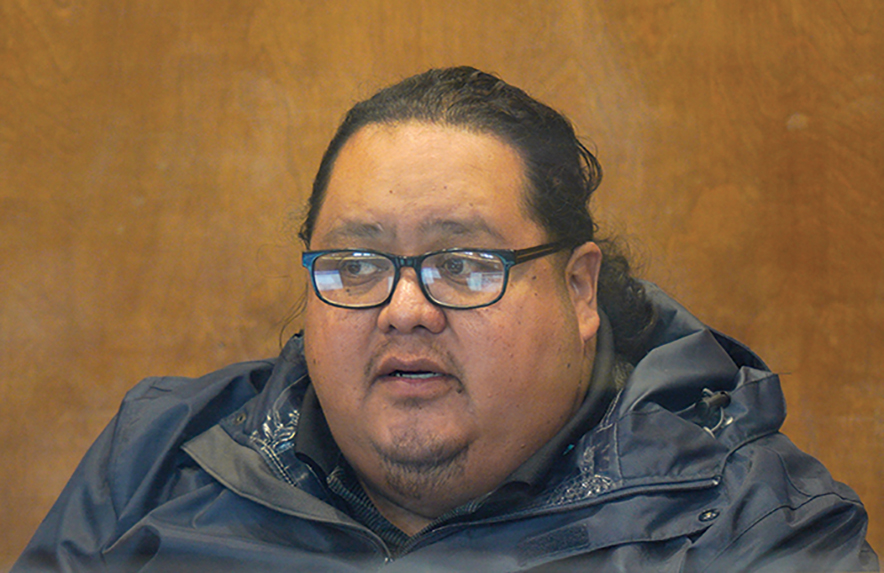 Seth Damon, who ensconced himself behind the privileges of his title, has made no effort to remove himself as speaker of the 24th Navajo Nation Council.

Instead, he has opted to let the Council decide for him.

A proposed legislation sponsored by Tuba City Delegate Otto Tso was introduced on Friday. The troubled speaker will be on unpaid administrative leave if the Council body votes. A two-thirds majority would be required, said Shiprock Delegate Eugenia Charles-Newton on Wednesday, for any action to take place.

Damon embroiled himself in a controversial position after a photo depicting him allegedly intoxicated by a slot machine at a Las Vegas, Nevada, casino began circulating on social media during the Indian National Finals Rodeo last weekend.

The elected official claims the photo was not approved by him despite the image showing him appearing to be under the influence.

A seven-page legislation was submitted. A reliable source familiar with the legislation said Damon himself authored it. The tribal legislation must go through a five-day comment period, which begins today, Oct. 29, and ends on Nov. 2. The legislation is eligible for action on Nov. 3.

In the proposed legislation, Damon “committed to the Navajo Nation Council that he will work with his traditional and spiritual healers and behavioral health advisors.

“… to heal himself, his family, and his communities from the burdens of his alcohol use,” the proposed bill reads.

On Thursday, the speaker’s office issued a statement stating Damon and his family were on a “private vacation” and were in Las Vegas attending the INFR.

Damon reiterated he was not on tribal business at the time.

The proposed bill says Damon, who is running unopposed and is sponsoring a contentious helium development bill, “complied with Diné Fundamental Law or principle of Bee K’éndzísdlįįʼ.” And that he has accepted “personal responsibility” for his alleged public drunkenness, which is not in compliance with Title 2 of the Navajo Nation Code.

The proposal adds that by reporting his actions to the Council, he must still accept the repercussions of his alleged public drunkenness, which could have violated his duties as a speaker of the Council.

The proposed legislation stated that the council deliberated with Damon and determined it would place him on administrative leave without pay.

If approved, Damon will be stripped of his duties beginning Nov. 5 and will only be rescinded by the Naabik’íyáti’ Committee.

During his absence, the sitting chairperson from each committee — Health Education and Human Services, Budget and Finance, Resource and Development, and Law and Order — will rotate every 15 days as Speaker Pro Tem.

In his Oct. 27 statement, Damon wrote he accepted responsibility for the incident.

“I made a mistake as an elected leader, and it will not happen again,” Damon is quoted as.

The Navajo Times has repeatedly made efforts to contact Damon without success, and he’s yet to provide a comment to the paper.