Diné plans to go to Mexico with deported husband 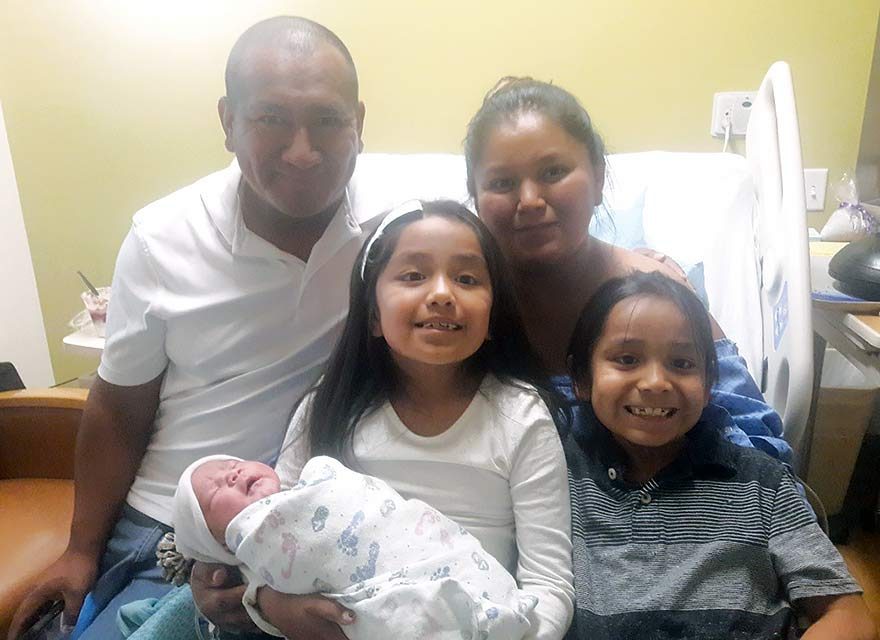 When Carlayna Holiday’s husband, Joaquin Gonzalez-Michi, received word that he was ordered by the courts to go back to Mexico by Jan. 18, she made the decision that she, along with their three young children, would go with him.

Holiday is from Monument Valley, Utah.

If Gonzalez-Michi does not leave by next Friday, he will be detained by Immigration and Customs Enforcement and held until funds become available to deport him.

In order to prevent this, and to also get the money needed for the entire family to move to Mexico, Holiday has set up a GoFundMe account.

“I am moving to Mexico with my husband because I love him and I love my family,” said Holiday to the Times. “My family means everything to me. It breaks my heart every time I think about our family separating.”

But that means she will be uprooted and will leave behind family on the Navajo Nation and move to a place that is completely foreign to her and her children.

Coming from a long line of veterans, Holiday’s grandfathers – Bud Haycock from Oljato, Utah, and Calvin Holiday Sr. from Monument Valley, Utah – served as Navajo Code Talkers and both received the Congressional Silver Medal. Her father is also a Marine veteran.

“My family have so many emotions right now that it’s hard to put it all in one word,” said Holiday. “But most of all sad, mad, and worried it had come down to moving far away in a place where many people are scared to be when it comes to all the crazy news we all hear.”

Holiday and her husband, who first came to the states 18 years ago, have been fighting the impending deportation for a couple years now. Holiday’s older sister, Micha Holiday, has tried to find a solution to keep her brother-in-law and younger sister from being forced to leave.

“I’ve been trying to help my sister with her family’s situation for a couple of years by writing letters, completing research regarding her situation basically trying to find outlets to keep my brother-in-law and my sister in the states,” said Micha.

“Every turn we took ended in a dead end and it quickly became costly for them – lawyer fees, legal fees, and other such expenses,” she said. “It became apparent that money is necessary, for example, applying for citizenship legally, through visas, work visas and so forth.”

The attempt to getting a green card, visa, especially since Gonzalez-Michi is married to Holiday has not been an easy process, Holiday said. The family is not only asking for help financially, but they’re asking for any advice that could help with their situation

Although Gonzalez-Michi is beside himself over this ordeal, he expressed more concern over his children and his wife learning about their Navajo culture, and what moving to Mexico would do to this.

“It really makes me proud to know my wife and kids background,” said Gonzalez-Michi. “It makes me worry that everything they learned from their family, especially from their grandpa, will all fade away or it wont matter to them as much as it matters to them now.

So far Holiday has received $1,735 of their $10,000 goal. To donate go to: https://www.gofundme.com/deportation-navajo-family-moving-w-mexican-dad