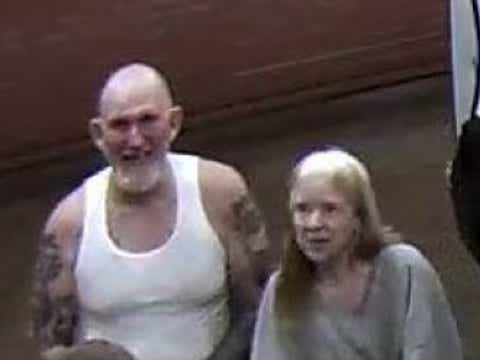 A couple who escaped from custody near Blanding, Utah, was arrested in Punkin Center, Arizona Wednesday evening, the U.S. Marshalls Service said.

Blane Barksdale, 56, and his wife Susan Barksdale, 59, had been placed on the U.S. Marshalls’ 15 most wanted list this week. They had escaped from custody on Aug. 26 while being transported from New York to Pima County, Arizona to face charges of murder, arson, burglary, criminal damage and auto theft in connection with the April 16 death of 72-year-old Frank Bligh of Tucson.

According to the U.S. Marshalls Service, Susan Barksdale had faked an illness and asked the drivers of the private security company van to pull over, upon which she and her husband overpowered the drivers and another inmate who was being transported and drove the van to Vernon, Arizona, where they abandoned it with the three locked inside and obtained a red GMC pickup truck from an acquaintance.

Acting on a tip, the marshalls and other law enforcement found the couple hiding in a home in Punkin Center. They came out after officers surrounded the home, but Blane Barksdale was uncooperative and had to be tazed and shot with beanbags, the U.S. Marshalls Service revealed during a Thursday press conference.

The couple was transported to the Arizona State Prison Complex in Florence to await their court appearance.