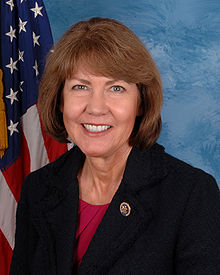 By U.S. Rep. Ann Kirkpatrick
Special to the Times

Let’s say your child has to miss school. First, a day or two. Then five days, eight days, or even 10. Not because she was sick. Not because he got into trouble. Only because of mud.

Last winter alone, children in one Navajo Nation district missed 10 days of school because the dirt road that is their only route to school became impassable due to mud. Annually, Navajo students miss an average of 12 school days — what the federal government considers “chronic absenteeism” — just because their school bus routes are impassable.

My congressional district includes the Arizona portion of the Navajo Nation, which also spans parts of New Mexico and Utah. The Navajo Nation has more than 4,000 miles of dirt school bus routes that the federal government neglects to maintain. In fair weather, these roads become as corrugated as washboards, and in wet weather, they become as swampy as mud bogs.

Tribal roads are a federal trust responsibility, but without funding to do more, the federal Bureau of Indian Affairs blades these roads just once or twice a year, carving deep channels below the surrounding ground level.

About 85,000 Navajo K-12 students use these roads to get to one of the 260 schools on the reservation. Many of these children spend a couple of hours on a bus – each way, every day – because these unmaintained routes are so difficult to traverse.

School districts on the Navajo Nation often wake up to mud emergencies, and when they do, they call their counties for help. County Public Works are the boots on the ground, helping repair and maintain tribal roads that are regional connector roads for both tribal members and other county residents.

I am grateful that the counties in my district are stepping up and doing what, frankly, the federal government is not.

This is more than a transportation issue — it’s a civil rights issue. Navajo students deserve the same access to education as any other student in Arizona, New Mexico or Utah.

I serve on the House Transportation and Infrastructure Committee, and I’ve told many of my colleagues about this situation. But I’ve found more success using photos, which tell the story of this problem far better than my words.

Earlier this year, I called for the federal Government Accountability Office to launch a review of the poor condition of tribal roads and the impact on school attendance. Last month, the GAO informed me that my request was accepted. I’m pleased that this is moving forward and hopeful the findings will prompt action.

I have also asked the Transportation and Infrastructure Committee to help get Navajo students to school by approving a cost-efficient amendment in the next federal highway bill to maintain all of the dirt school bus routes on the Navajo Nation. Investing in these roads will also protect federal investments in school buses, which have high maintenance and replacement costs.

As Congress works on ways to address our nation’s failing road systems, we must not overlook a corner of the United States that is as large as Delaware, Maryland, Massachusetts and Rhode Island combined.

Let’s fix the Navajo roads and get these kids to school. This is our responsibility.