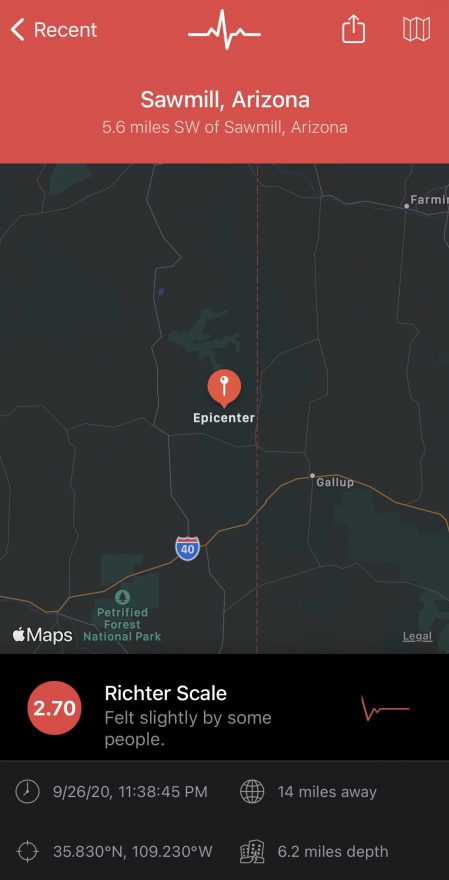 Courtesy photo
A minor tremor measuring 2.7 on the Richter scale was recorded late Saturday night in Sawmill, Arizona. No injuries or damages to any structures were reported by Navajo police.

A dispatcher with the Window Rock Police District confirmed an earthquake measuring 2.7 on the Richter scale occurred in Blue Canyon, west of Fort Defiance.

The tremor, described by some as a “rumbling” that shook windows and stirred the dogs into a frenzy, was felt around 11:39 p.m. in Fort Defiance, and as far away as Many Farms. People posted on social media about the quake.

The event lasted for a few seconds.

Navajo police did not report any injuries or damage to any structures.