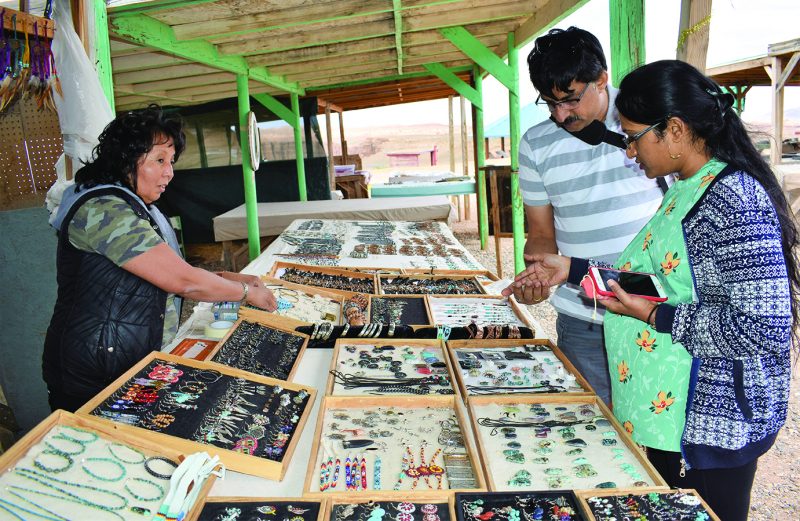 Navajo Times | Rima Krisst
Visitors buy jewelry at the booth of vendor Jacqueline Hoskie who has been selling her products at the Little Colorado River Overlook for 33 years.