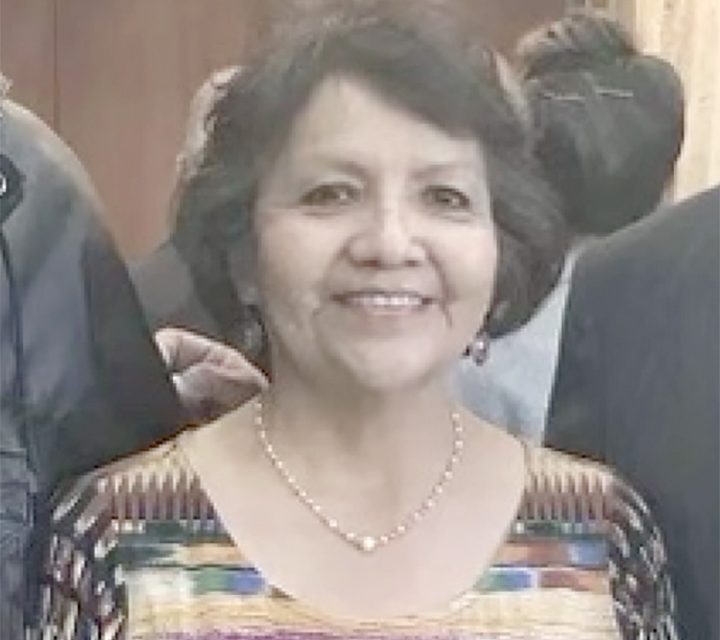 Condolences are continuing to pour in for the recent passing of Navajo educator Fannie Lowe Atcitty.

Atcitty passed away on Tuesday, losing her battle to cancer according to a Facebook post by the family.

“We know Fannie has touched and influenced a generous amount of people and communities,” Kaylynn Herrera said, who is eldest granddaughter for the late educator.

“She was always social, caring, friendly, knowledgeable, understanding, selfless and much more,” Herrera continued with her post.

Atcitty served as a long-time educator for the Central Consolidated School District and was president of Diné College’s Board of Regents.

“We lost a great Diné educator and mentor on Tuesday, and our hearts go out to the family and relatives of Fannie Lowe Atcitty,” Navajo Nation President-elect Dr. Buu Nygren said in a statement.

“She shared her wisdom and leadership in education with all of us and she was a role model that used her voice to advocate for Navajo students both on and off the Navajo Nation,” the statement read. “Fannie was a strong fighter, and we will miss her. Her heart was always for our younger generations, and we’ll do our best to carry her spirit of service to our Navajo communities forward.”

Aside from serving the Navajo community in education, Atcitty entered the political realm when she accepted to be Christopher Clark Deschene’s vice-presidential running-mate in the 2014 general election.

“She had a lot of talents and abilities,” former presidential hopeful Lynda Lovejoy said of her friend and colleague. “She had a love for public service, and she was an educator for many years in her community.”

Lovejoy, who ran for the nation’s highest office in 2006 and 2010, said Atcitty’s passing is a huge loss. She remembers the Shiprock educator going to Santa Fe advocating for funds for the schools she worked for.

“During the election, she was out there promoting a candidate that she had confidence in and who could do the job,” she added. “That is what I remember her for.”

Before Atcitty accepted to be Deschene’s running mate, Lovejoy said her colleague had asked if she wanted the job.

“Apparently, she was the lead person to go out and seek candidates for Deschene’s VP,” Lovejoy said. “She called me and asked if I was interested.”

At the end of that phone call, Lovejoy asked for a few days to consider it, but she later turned it down.

“As much as I wanted to do it, I told her I’m going to have to decline,” Lovejoy said. “I just couldn’t do it. Apparently, she spoke with Deschene and he asked her, ‘Why don’t you do it?’

“I was happy that (she accepted it) because she’s a very courageous woman,” she added.

Funeral arrangements to celebrate her life are still pending. The family added that once plans are finalized they will share it with the public.

The family is accepting donations through Zelle, Paypal, Venmo or at the family’s residence. For more info contact Herrera at 760-889-0077.