NEPA: Many violations at hemp farms

As President Jonathan Nez prepared to sign a Council resolution tightening the legal definition of “marijuana,” the Navajo Nation Environmental Protection Agency was uncovering what it says are a lot of concerning and hazardous violations at the Northern Agency hemp farms and hoops houses.

A few weeks ago, San Juan River Farm Board President Dineh Benally chased off NEPA Director Oliver Whaley and his inspectors from his hemp farms and hoop houses.

But for nearly two weeks NEPA was given access to return for its inspections after a preliminary injunction and temporary restraining order were approved by Shiprock District Court. 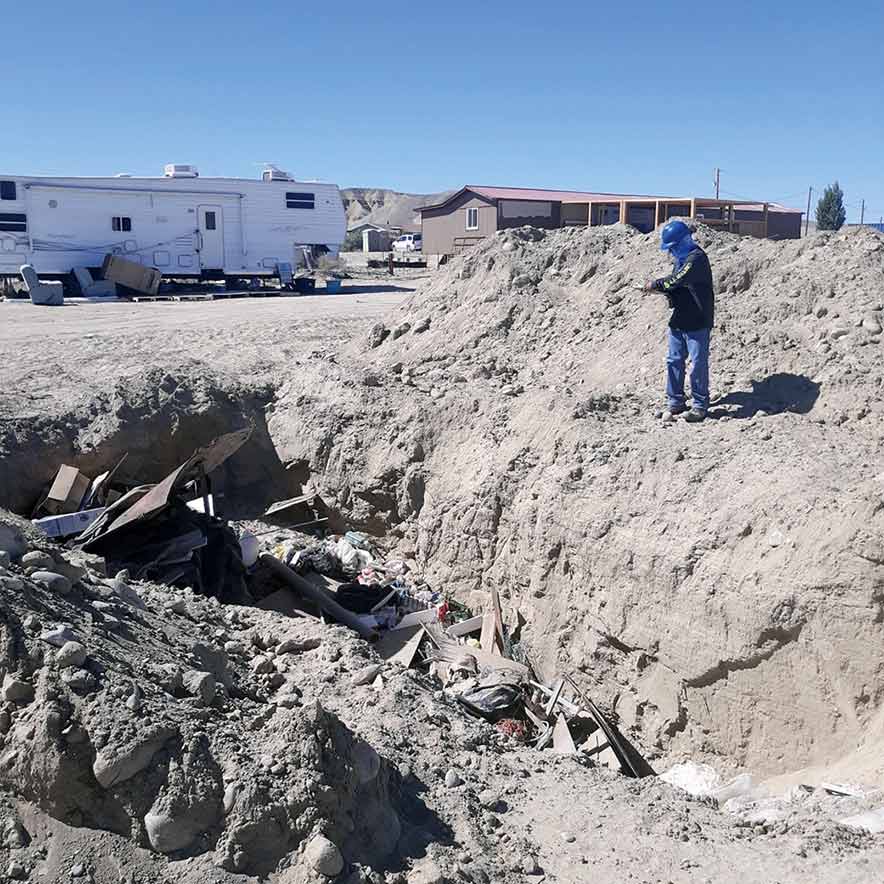 Also, NEPA had given Benally an order to cease and desist activity and a compliance order in order to continue the inspections.

Whaley said so far they have inspected about 26 farms and hoop houses in the Northern Agency and from what he has seen there has been total disregard and lack of respect to the land and water, as well as clear legal violations, at Benally’s hemp operation.

“Every environmental complaint we’ve received, we found that to be true at least somewhere. Not every farm had the same thing,” said Whaley. “In Gadii’ahi, a farm out there, they were just digging pits and throwing trash there … leaving it there buried on site.”

In other sites, there were large aboveground storage tanks with no secondary storage containment to prevent spills. For example, Whaley said, there was a large spill of petroleum found.

There was also red-dyed diesel found in huge water hauling containers, which Whaley was worried may have leaked, not to mention all the different types of fertilizers and chemicals.

“They were using generators … a lot of spillage and no secondary containment,” said Whaley. “Domestic water side, they did have a lot of septic tanks they did install illegally and a lot of them (were) overflowing.”

There were also a lot of illegal water wells found on the premises. Another concern was that the water system’s discharge point is actually tied into the NTUA system for the hydrant valves at individual homes. This causes a threat to the drinking water system.

“Some will go from the hydrant to the connection of hoses into these containers where they have fertilizers mixed in,” said Whaley. “The issue we brought up to NTUA is if there is ever a pipe to break downstream, it might result in backflow or siphon of what is in those containers with those chemicals back into the drinking water system, which would contaminate the drinking water system.”

Whaley believes a permanent injunction is absolutely needed at this point.

“It needs to stop,” said Whaley about the entire operation. He also concurred with nearby residents that the farms are still operating in spite of the preliminary injunction and temporary restraining order.

The new law signed by Nez this week it expands the definition of marijuana to cannabis plants with any amount of delta-9 tetrahydrocannabinol (better known as THC, the psychoactive substance in cannabis). This would preclude the tribe from having to test plants throughout Benally’s operation to make sure they are hemp and not, as some neighbors have alleged, marijuana. 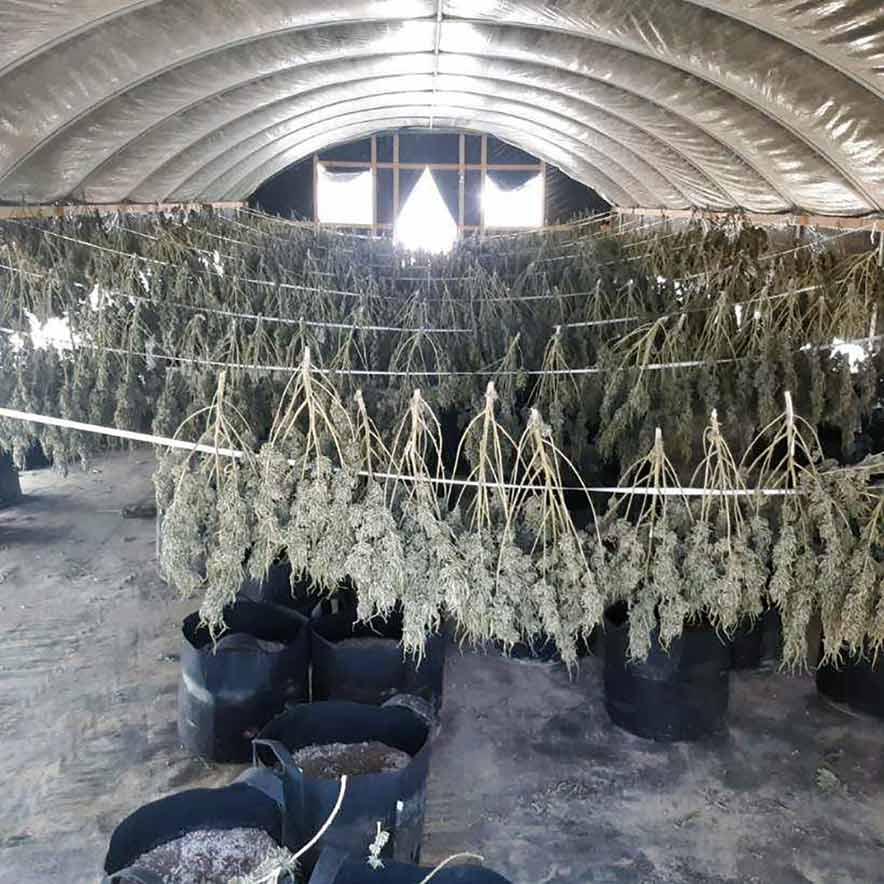 The definition would exempt the hemp pilot project now under way at Navajo Agricultural Products Industry and any other hemp produced with permission of the Council once it enacts a hemp regulatory system.

The new law also allows the tribe to confiscate the property of anyone violating it, and any Navajo Nation officials convicted of violating marijuana offenses could be made to forfeit their employment or elected office.

“With this resolution, we are sending a clear message to all Navajo Nation residents and visitors, officials, and those in elected office that you will be held accountable for possessing, manufacturing, transporting, selling, using, trading, and delivering marijuana on the Navajo Nation,” stated Nez. “We will continue to stand up for our communities against those who attempt to circumvent and manipulate our laws.”

Whaley said he would have liked to see the law in place before things got to this point, but he is happy that it’s now a preventative measure. He noted that if the Nation decides to get into hemp production it can change the law again, but for now “it was the right thing to do.”