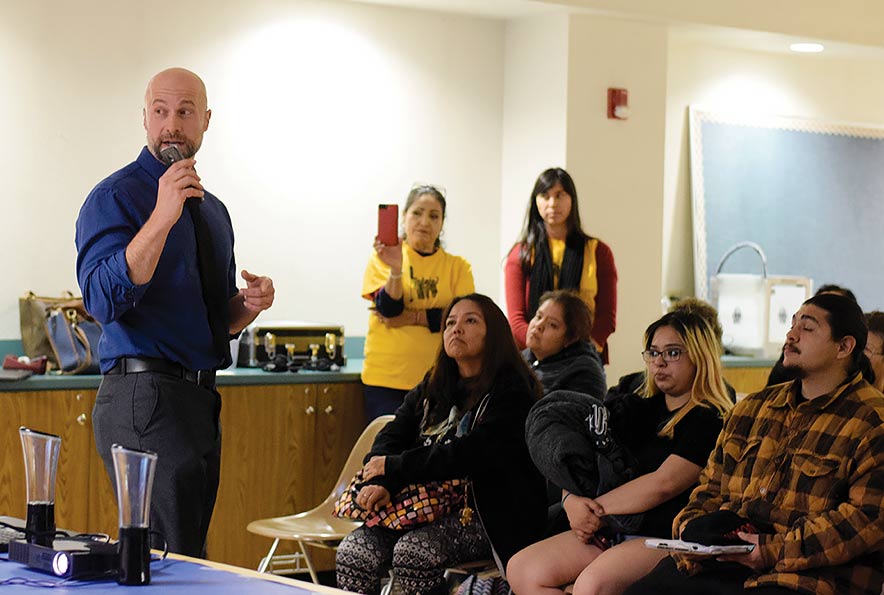 At the beginning of the new decade, the state of New Mexico’s minimum wage increased to $9 an hour, Bill McCamley, the Division Secretary for the Department of Wage and Hour Secretary, told a room full of workers last week.

“That’s the minimum wage right now,” McCamley said. “If you’re not being paid $9 an hour right now, your employer is breaking the law.”

This is the first minimum wage increase New Mexico has seen in over a decade. Previously folks were making $7.50 an hour.

“If you know someone who works in a restaurant or a bar or other places where they have tips, the minimum wage for tipped people is $2.35 an hour,” McCamley said. “If you don’t make in tips up to the minimum wage, your employer has to pay you to that number of $9 an hour. Everyone has to be making $9 an hour.”

The most common form of wage theft is not being paid overtime or being asked to clock out but continue to work. This is against the law. Employers have to pay you overtime and they cannot ask their workers to work without pay.

“If you work more than 40 hours a week, you’re supposed to be paid overtime,” he said of hourly wage workers. “If you’re not paid overtime that is also breaking the law.”

If an employer promises a worker benefits like sick leave and vacation time, they must let their employees use these benefits.

“We also at our office enforce things like sick leave and vacation time,” McCamley said. “If you join a company and they say they are going to pay you these things and they don’t give that to you, they owe that to you in money.”

If workers believe they are victims of wage theft they can file a claim with the New Mexico Department of Wage and Labor by downloading a document from the department, filling it out and returning it to them in person at their Gallup office or through fax. The document can also be emailed to wage.claimssubmiss@state.nm.us.

All of this information is available on the departments website at www.dws.state.nm.us/Labor-Relations/Labor-Information/Wage-and-Hour.

Wage theft is more common among low-wage workers where employees are more vulnerable because they are often facing poverty, according to a report conducted by Somos Un Pueblo Unido. McKinley County is the poorest county in New Mexico with 74 percent of the population being Native American.

Nearly a quarter of the workers had been asked to work off the clock.

Only half of the workers reported it to authorities over fear of retaliation through loss of hours or getting fired.

Retaliation, in any form, is illegal. It should also be reported to the department, McCamley told the room.

The wage theft claim process is a long one but it’s important that employers are held accountable, McCamley said.