By Krista Allen
and Bill Donovan
Special to the Times 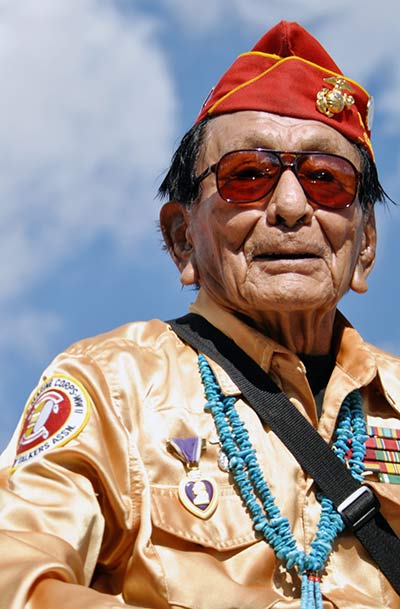 He died while being treated in the Southern Utah Veterans Home in Ivans, Utah.

His family had been arriving at the veterans home for the past few days to get a final chance to talk to him and express their gratitude for all he has done for the Navajo Nation and his family.

Holiday was born in the early 1920s to the late Betsy Yellow, better known as Asdzáán Tódích’íi’nii, and the late Billy Holiday. He was born approximately June 2 (dates in those days were determined by the seasonal changes), five miles east of the Goulding’s area, just south of Eagle Rock and Eagle Mesa in Oljato-Tsébii’ndzisgaii, Utah.

Holiday was one of the more than 400 Navajos who served in World War II in a special Marine unit that used the Navajo language as the basis for a code to fool the Japanese.