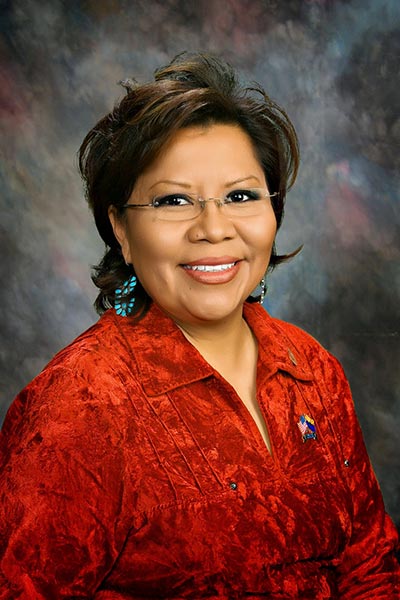 It’s been a good couple of weeks for Arizona’s Native Americans, at least symbolically.

On March 27, legislation to name three Arizona highways after Native American veterans unanimously passed the senate. Since the actions were in the form of memorials rather than bills, their sponsor, State Sen. Jamescita Peshlakai (D-Dist. 7) can immediately petition the Arizona State Board on Geographic and Historic Names to designate the sections of highway.

Peshlakai was also the chief sponsor of the bill designating Native American Day.

“I learned the governor had signed it last night on his Twitter account,” she said in a telephone interview. “I’m so excited!”

In a statement on the Arizona Senate Democrats’ website, Peshlakai said, “Our indigenous people have called these lands home for millennia, from the Four Corners to the Colorado delta and everywhere in between. Our ancestors built towering cliff dwellings and the great canals that still irrigate the Valley of the Sun. We have fought overseas for our country and we drive innovation that will lead Arizona forward.”

Because the bill will take effect 90 days after the end of the current legislative session, Arizona won’t be celebrating Native American Day this year. The first celebration will be in 2019. Peshlakai said she envisions the day as an opportunity for Arizona’s 22 indigenous tribes to celebrate their heritage while also discussing issues on the reservations and educating the state’s non-Indians both about the tribes’ cultural beauty and the obstacles they face.

Sponsored by Peshlakai and 10 other senators, the three memorials naming the highways passed the senate unanimously.

SCM 1013 urges the Arizona Department of Transportation to designate U.S. Route 89 between Flagstaff and the Utah state line the “Native American Veterans Highway.”

Under SCM 1015, U.S. Route 160 between the New Mexico state line and the junction with Route 89 would become the “Native American Women Veterans Highway.”

Peshlakai, an Army veteran, said in a press release the designation would honor the 11,000 living Native veterans who reside in Arizona, along with those who have passed.

While it seems a simple matter to name a highway, Peshlakai said she’s been on this crusade since four years ago, when, as President Russell Begaye’s veterans’ liaison, she was thinking of ways to pay tribute to Native vets.

“I had noticed 264 between Ya Tah Hey (New Mexico) and Window Rock was called ‘the Navajo Code Talker Highway,’” she said, “but it (the designation) stopped at the Arizona state line.”

Peshlakai was told there was some friction with the Hopis over the name, because they also had code talkers.

At that time, she introduced the measure as a bill, but it never even got assigned to a committee. What’s the difference between then and now?

“We have a very bipartisan legislature that likes to get things done,” she said.

Lupita Holiday, daughter of Code Talker Samual Holiday, said she had not heard of the legislation but she’s sure her father and the other 12 remaining Navajo Code Talkers will be pleased.

“What an honor for the Code Talkers!” she said. “I just Googled the highway and wish it was more on the Navajo Nation, but I’m happy she even thought of them enough to name a highway after them.”

Holiday said she would pass the news on to her father, who is residing in a Veterans Administration nursing home in Utah.