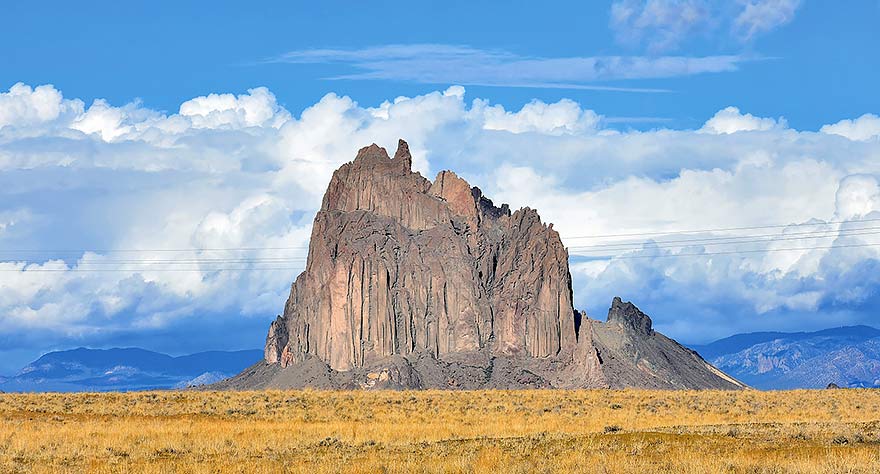 Navajo Times | Rima Krisst
Shiprock stands out against a backdrop of fluffy white clouds in this recent photo. The Northern Navajo Fair is about $100,000 in the red.

Complaints about last year’s Shiprock Fair were plentiful, but what many of them had in common was brusque and disrespectful treatment by former Northern Navajo Nation Fair Board President Dan Smith, who was removed from his post by Shiprock Chapter resolution last October.

Among other things, the resolution cited Smith’s “unprofessionalism” and “lack of customer service,” and called him out for creating a wedge between himself and the rest of the board, “causing discord.”

Smith disputes this. He says that he and his coordinators “did a great job,” made improvements to the fairgrounds, especially the rodeo, and addressed environmental hazards.

“We really made a change down there, but it was a lot of hard work,” said Smith, who emphasized how difficult it is to run a fair and to raise all the money that’s needed to operate it. “If they’re trying to look for a scapegoat, there’s no scapegoat,” said Smith, who’s position as president was volunteer except for gas mileage reimbursement for fair business.