Tool for productivity or payback? 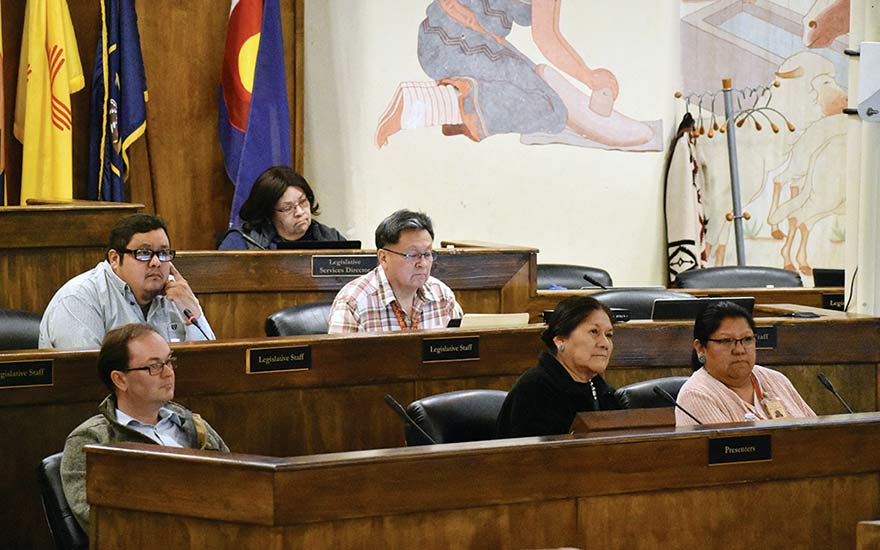 Those in favor of allowing Navajo Nation division directors to fire program managers at will say it can improve performance, productivity and accountability.

Those not in favor say at-will status can be used as a tool for retaliation or personal whims. This was the debate on the floor of the Council Chamber Tuesday in a work session devoted to considering a bill (0003-19) sponsored by Delegate Amber Kanazbah Crotty on whether to rescind a bill passed last fall.

That bill amended the Navajo Preference in Employment Act to make program managers “Exempt From The Just Cause Provisions of the Act.” Delegate Daniel Tso suggested that the at-will status, meaning the managers can be fired without just cause, forewarning or even an explanation, is “a tool that needs to be in place, as President Jonathan Nez spoke at the leadership gathering” to provide an incentive for managers do their jobs well, especially in a large government bureaucracy.

“We’ve got to change the system, the system of protecting a group that should be responsible for essential government services,” he said. “We have to look at delivery of services to the Navajo people — that is what the government is about.”

On the other side was Delegate Eugenia Charles-Newton, who asked, “How can we treat our people this way?

“I’m having a really hard time understanding how this resolution can be used as a tool – if anything it’s a tool for bullies,” she said. “To the individuals who voted on this resolution in the first place, shame on them. Maybe they’re bullies, too.”