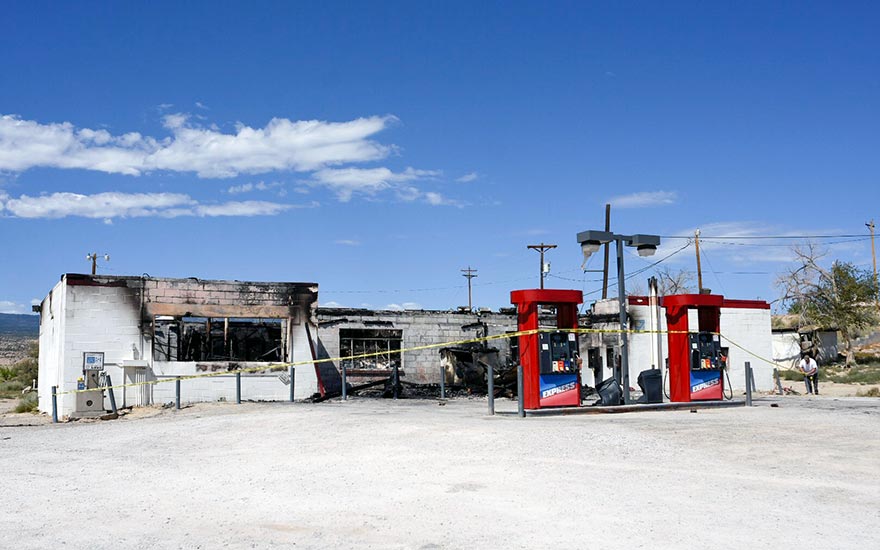 The “second home” of the Naschitti community has burned.

Calloway was at the store Tuesday inspecting the loss and said rebuilding the store will depend on the insurance company’s assessment and if the some of the store’s structure could be used. He added he did not know what caused the fire.

While Calloway is waiting for the investigation to be completed and an assessment to be done, store manager Leander Largie, also a Naschitti resident, said he hopes the store will be rebuilt.

“I’m hoping they rebuild as soon as possible,” Largie said on Tuesday. “A lot of people are hoping that too because the store has been here for over a hundred years. It’s been the focal point for the community. We knew our customers and they knew us.”

Largie said the store was there at least since he was born 44 years ago. He added the store also acted as a post office for local residents.

“This was like our second home, down the road from home,” Largie said.

It’s not the first time the store, which was built in 1892 by Tom Bryan, also known as Bíchį́į́h Digiz, has burned, according to lifelong resident Lincoln Nez.

Nez said the store was originally built about three-quarters of a mile south of the community, where a badger was seen digging for water — the community’s namesake.

Another lifelong resident, Myrtle Herbert, said she was sad about the fire. Now resdients have to travel to Sheepsprings or Tohatchi, New Mexico, to buy basic goodies like bread or meat, or the newspaper.

No injuries were reported. The fire remains under investigation by the Navajo Nation Criminal Investigations.