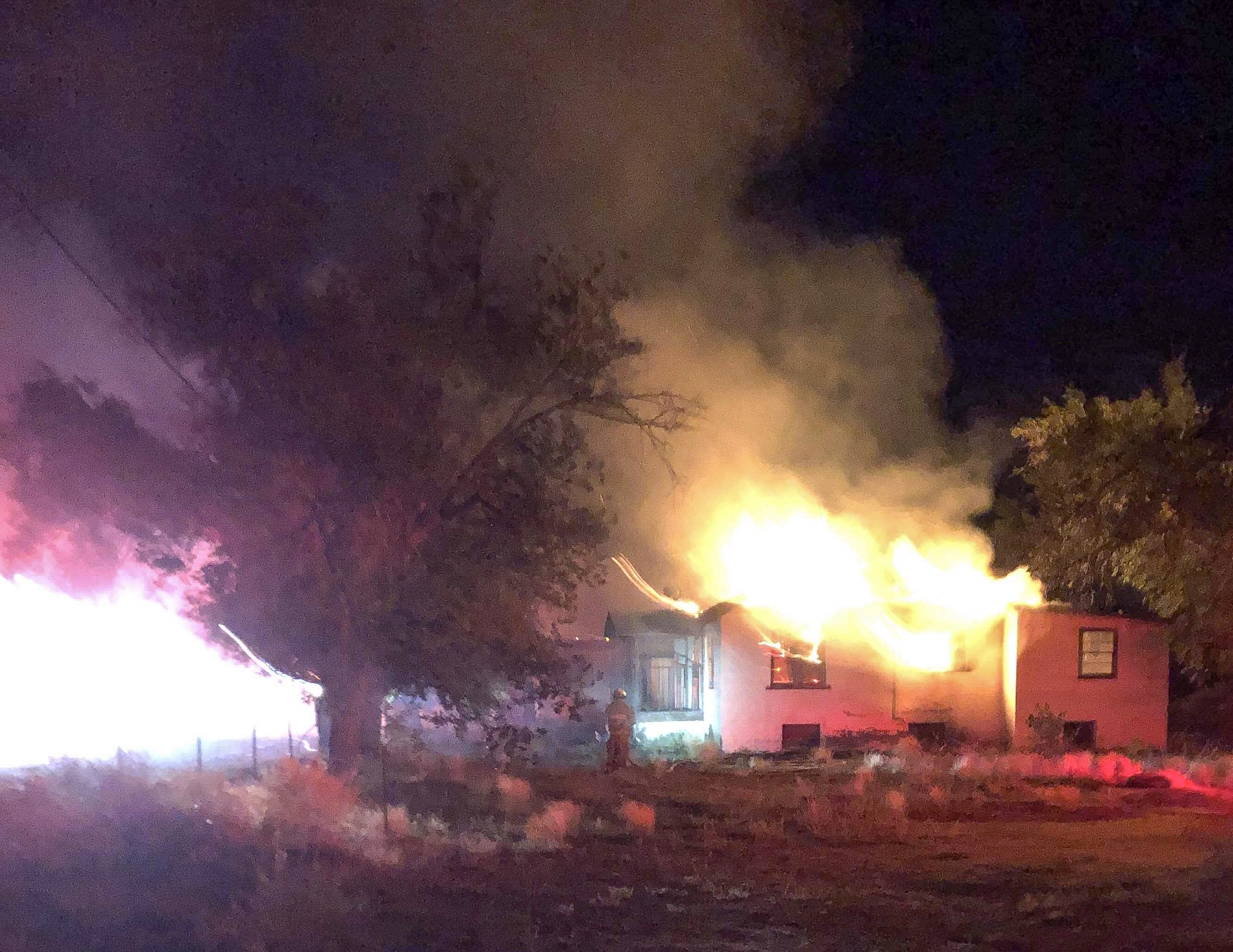 Within 24 hours after the Naschitti Trading Post was destroyed in a fire, four more structures, including the Naschitti Christian Reformed Church, burned late Tuesday night.

The church, along with three abandoned structures that were also consumed, is located southeast of the trading post along U.S. Highway 491.

Rhonda Herbert, a commissioner with Naschitti Community Governance, said she saw an orange glow at one of the structures at about 11:30 p.m. Within minutes, she said it was completely engulfed in flames.

The fire then jumped to each of the buildings before reaching the church, she said.

Herbert said the three abandoned homes were destroyed and the roof of the church partially collapsed.

Investigators had yet to begin investigating what caused the trading post fire.

Store manager Leander Largie, a lifelong resident of Nahashch’idí, said he was angry about Tuesday’s fires because they appear to have been intentionally set.

Largie said he got a call a little after midnight informing him about the fires. By the time he arrived, he said the three buildings were already burning.

“It’s devastating,” Herbert said. “As a leader for our community this type of devastation is so heartbreaking.”

Largie said a chapter meeting has been scheduled beginning at 10 this morning (Wednesday) to discuss the fires that have struck this small community.

The fires are under investigation.