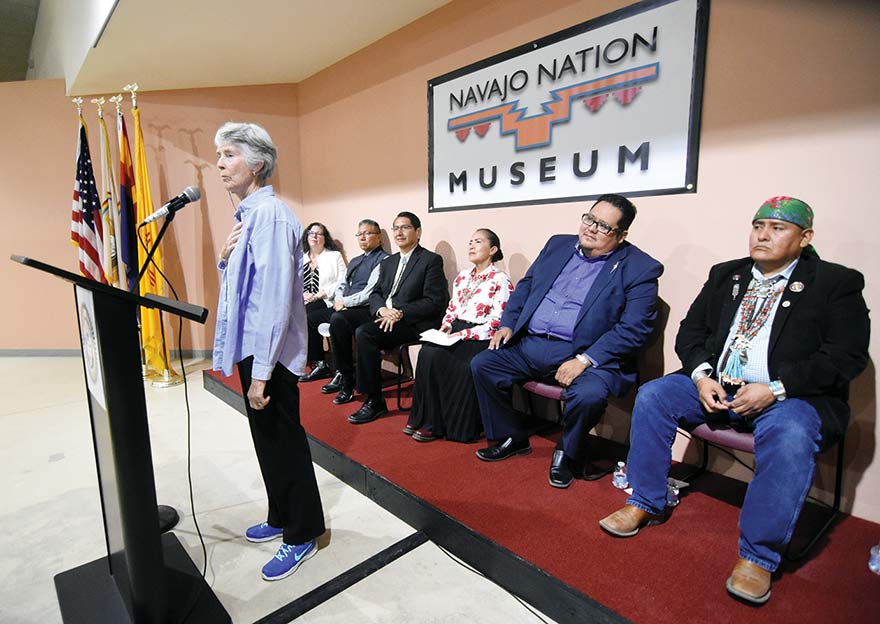 It was a Navajo woman whose name she never learned who convinced C.P. “Kitty” Weaver to donate her copy of the Treaty of 1868 to the Navajo Nation Museum.

Weaver, the great-grandniece of Col. Samuel F. Tappan, one of the negotiators of the treaty, had been at the ceremony at the Bosque Redondo Memorial last year marking the 150th anniversary of the treaty’s signing and had brought the treaty she had inherited — one of only two known surviving copies — to be displayed.

After the festivities, “It was dark one evening, and a number of us were gathered around the treaty,” Weaver recounted at a press conference Wednesday welcoming the Naaltsoos Sání to its new home. “A Navajo woman broke away from the group and quietly, reverently walked up to the treaty,” she said.

“She put something there. Then she asked who was the woman who had brought the treaty from Massachusetts. I said, ‘That would be me.’” The two women grasped hands and hugged, “and then the tears started,” Weaver said. “That was the significant moment when the treaty became not only a historical document. It became a living being.”