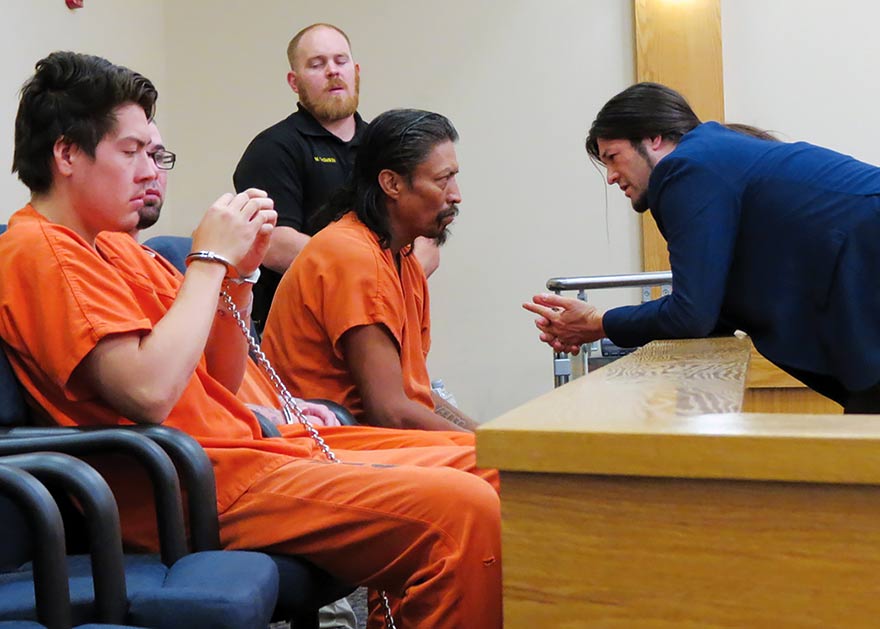 Special to the Times | Colleen Keane
Mark Guerro leans forward to talk to his public defender, Douglas Wilber, moments before his pre-trial detention hearing begins on May 14 in the Bernalillo County courthouse.

After she was admitted to University of New Mexico hospital on May 5 with life threatening injuries from a brutal beating, Judith “Judy” Apache from To’hajiilee passed away on Sunday, May 19. She was 36 years old.

Two days after she was beaten, Mark Guerro, known as Apache’s boyfriend and father to her teenage daughter, was arrested for attempted murder by the Albuquerque police and detained in the Bernalillo County Metropolitan Detention Center. Guerro, 46, is from the Alamo Navajo community, according to Apache’s family members.

With her death, Guerro faces two charges – an open count of murder and a felony murder for sexual assault, according to the public information officer for the Bernalillo County court system.