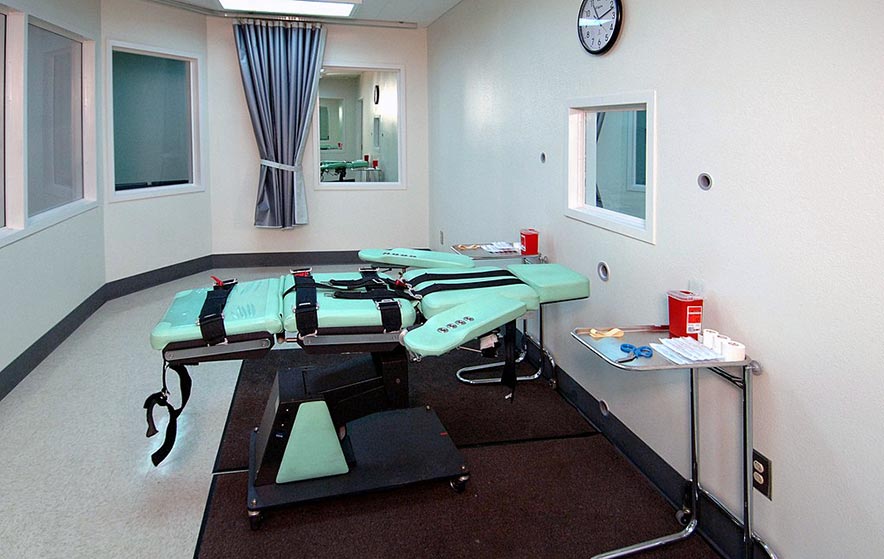 The family of Alyce Slim and her nine-year-old granddaughter have issued a statement through their attorney stating they support the execution of the man who brutally murdered the pair.

Mitchell was convicted in 2003 and was sentenced to death. He was convicted of the 2001 carjacking and brutal killings of Slim, 63, and her nine-year-old granddaughter. Slim’s vehicle was used in a robbery of a trading post. He is scheduled to be executed this coming Wednesday at the U.S. Penitentiary, a high-security federal prison in Terre Haute, Indiana.

“Mr. Mitchell’s attorneys or advocates and the Navajo Nation do not speak for these victims and have not accurately expressed their wishes as it relates to imposition of sentence upon Mr. Mitchell,” the family statement read.

The report stated Marlene Slim had told the committee “she was a victim of homicide because both her mother and daughter were murdered in the mountains of Tsaile, Arizona.” The report added Marlene stated, if the tribe opted in, it would “diminish the sovereignty of the Navajo Nation.”

“Her request to the federal prosecutor to have the murderer of her mother and her daughter serve life without parole was ignored and dishonored,” the 2004 committee report stated.

Navajo Nation Council Delegate Carl R. Slater (Round Rock, Lukachukai, Rock Point, Tsaile/Wheatfields, Tsé Ch’izhí) said on Friday the Council has not received any statement from the victims’ family that would indicate they have switched their position.

“I had hoped to not re-traumatize the victims. It pains me that that has occurred,” Slater said.

Even if the family does support the execution, It does not change the relationship between the Navajo Nation and the federal government, Slater added.

“The Navajo Nation never opted in to impose the death penalty,” he said. “It is not the decision of one person or one group of family to make the decision.”

Slater introduced legislation opposing Mitchell’s execution. Slater said the federal government is overstepping its authority and ignoring the sovereignty of the tribe, which traditionally opposes the death penalty,

“The United States made a commitment to the Navajo Nation in the Federal Death Penalty Act of 1994,” Slater was quoted in an Aug. 13 Navajo Nation Council press release.

“If this execution goes forward, the precedent will be set that, no matter the sovereign position of any Indian tribe, the federal government can kill American Indians and Diné, specifically. While this is a justice issue, this precedent will only add another chink in the nation’s sovereign armor.”

“The United States Department of Justice sought the death penalty against Mr. Mitchell despite the Navajo Nation’s public opposition, against the express wishes of the victim’s family, and ostensibly against the recommendation of the U.S. Attorney for the District of Arizona,” the July 31 letter to Trump read.

Mitchell petitioned the U.S. Supreme Court on Tuesday asking to delay his execution so he can be given a chance to interview the jury that sentenced him to death. U.S. District Court in Arizona denied his request on Aug. 13.

Mitchell, 38, is the only Native American who is awaiting an Aug. 26 execution date at the federal prison in Terre Haute, Indiana. No time has been set. He has maintained the mostly white jury was biased against him because of his race.