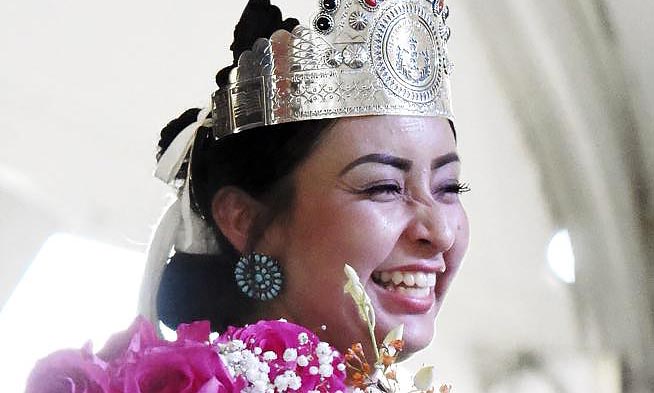 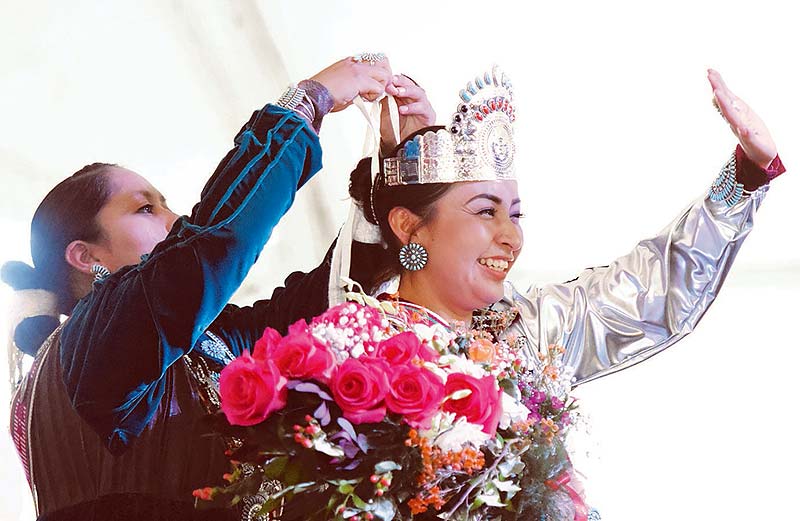 “Whoo! Doo chxǫhǫ́ǫ́ shitah hoditłid héíh,” Shirley said, meaning that the 20-year-old stand out was in a state of euphoria.

During her acceptance speech, Shirley thanked her grandmother Lorraine Nebitsi Chee for helping her win the difficult, three-day competition – during the 69th annual Navajo Nation Fair – that she had been preparing for since she was a child.

During her speech, Shirley also encouraged parents to speak Navajo to their children.

“Don’t speak to them in English, that isn’t our language,” Shirley told them in Navajo.