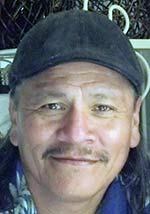 IYANBITO, N.M. — A Celebration of Life for Raymond H. Smith was held Feb. 28 at the Iyanbito Chapter House in Iyanbito, New Mexico. His family and close friends were in attendance for this personal family gathering.

Raymond was a loving father, uncle and grandfather. He was a hardworking maintenance man, who in his free time enjoyed a nice cruise, listening to Bad Company, playing pool and watching football. He also participated in powwows as a northern traditional dancer. 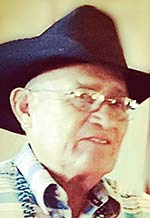 GREASEWOOD, Ariz. — Funeral services for Kee Logg, of Greasewood, Arizona, will be held Friday, March 6, at 10 a.m. in Greasewood, with Pastor Roy Begay officiating. Burial will follow at the family plot in Greasewood.

Kee was born Sept. 15, 1935, in Greasewood, into the Tsénjíkiní (Honey Combed Rock People Clan), born for Honágháahnii (One-walks-around Clan). He passed away Feb. 29, 2020, in Flagstaff.
Kee worked for the Santa Fe Railroad and was a silversmith, pastor and rancher all his life.

A reception will take place at the Greasewood Chapter House, following services.

Flora received an associate’s degree in business from Brigham Young University in Provo, Utah. She was employed with Fort Defiance Contract Health Services and APS as an assistant planner.

Flora was active in the song and dance community and enjoyed making quilts, cooking and being a homemaker.

Flora is preceded in death by her father, Willard Parker.

TINIAN, N.M. — Funeral services for Lilly C. Sandoval, 75, of Torreon, New Mexico, will be held Friday, March 6, at 10 a.m. at the Tinian Baptist Church in Tinian, New Mexico, with Ben and Pauline Sam officiating. Burial will follow at the Anthill family plot.

Lilly attended Albuquerque Indian School and was a homemaker. She enjoyed cooking, sewing, weaving and traveling.

A reception will take place at the Tinian Baptist Church, following services.

Daniels Family Funeral Services-Alameda Mortuary is in charge of arrangements.

Eugene graduated from Ganado High School and Haskell Indian Nations University. He was employed as a lead carpenter at Navajo Nation Facilities Maintenance. He retired after 33 years.

Eugene is preceded in death by his parents, John and Maude Delgai; and sisters, Rosetta Beyale, Matilda Delgai and Ella Delgai.