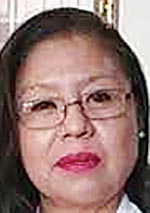 TOHATCHI, N.M. — Funeral services for Peggy Jane Harrison, 51, of Sheep Springs, New Mexico, will be held Monday, May 9, at 10 a.m., at the LDS Church in Tohatchi, New Mexico. Burial will follow in Sheep Springs.

Peggy graduated from Navajo Preparatory High School and was employed in home care as a certified nursing assistant. She cared for others and enjoyed listening to music, watching the Raiders play, and her favorite colors were black and white.

Peggy is preceded in death by her parents, Connie Chee and Wilford Tsosie; sister, Patricia Chee; and grandparents, Mary and Hoskie Chee, and Mattie and Nakia Tsosie.

A reception will take place at NHA Housing, House No. 2, in Sheep Springs, following services. 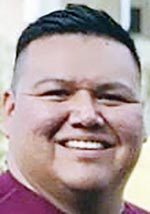 Uriah was born July 20, 1991, in Phoenix, into the Naaneesht’ézhí Táchii’nii (Red Running Into the Water People Clan), born for ‘Áshįįhí (Salt People Clan). His nalí is Ta’neeszahnii (Tangle); cheii is Dziłt’aadí (Near the Mountain). He passed away April 19, 2022, in Piñon.

Uriah attended Navajo Technical University and was employed as a security officer at Piñon Unified School District No. 4 for 10 years. He coached the Piñon High School football and wrestling teams.

Uriah is preceded in death by his father, Ubaldo Cayaditto; and cheii, Henry Toledo.

A reception will take place at Nicole Notah’s residence in Piñon, following service.

GALLUP — Graveside service for Larry Jr. Mike, 69, of Gallup, was held May 4 at the Gallup City Cemetery with Jakup Gonzales officiating.

Larry graduated from Wingate High School in 1972 and attended two years of college in California. He enjoyed going to rodeos and playing basketball and softball.