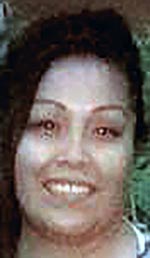 Jerolynn attended college to become a nurse but stopped working due to an illness. She enjoyed sewing, spending time with her family and watching her favorite football team, the San Diego Chargers.

Jerolynn is survived by her children, Tailisa Lopez of Mesa, Arizona, Laila Lopez of Yuma, Arizona, and Nevaeh Lopez of Phoenix; and three sisters, four brothers, and one grandchild.

Avenidas Funeral Home is in charge of arrangements. 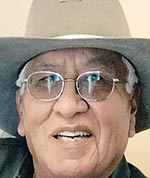 Richard graduated from Window Rock High School and was employed across the country as a 6G certified journeyman pipefitter welder with Local Union 412 for 40 years. He was a true master of his craft.

Richard is preceded in death by his parents, Rose and Richard Cheschilly Sr.; and son, Michael D. Arviso-Yazzie. 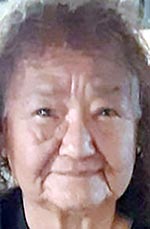 GALLUP — Funeral services for Dorothy Bahe Long, 79, of Pretty Rock, New Mexico, will be held Friday, Sept. 9, at 10 a.m., at Cope Memorial Chapel in Gallup, with Pastor Ted Farris officiating. Burial will follow at the Hillcrest Cemetery in Gallup.

Dorothy graduated from Gallup High School and was employed at Gallup Saddle Shop, where she was well-known for making custom-made chaps.

Honorary pallbearers will be Ashley Johnson and Don Yazzie.

Elsie attended Intermountain School and worked for the Navajo Tribe as a custodial supervisor and Cornfields Chapter House and Window Rock Laundromat as a custodian.

THOREAU, N.M. — Funeral services for Shelbee Lee Perry, 31, of Smith Lake, New Mexico, will be held Friday, Sept. 9, at 11 a.m., at the New Life Pentecostal Church of God in Thoreau, New Mexico. Burial will follow at the family plot in Smith Lake.

Shelbee was born into the Tó baazhni’ázhí (Two Who Came To the Water Clan).

Shelbee is survived by her mother, Delores Perry.

Shelbee is preceded in death by her grandparents, Lucy and Andy Perry.

Jeffie was employed as an EMT driver and housekeeper at Fort Defiance Indian Health Service.