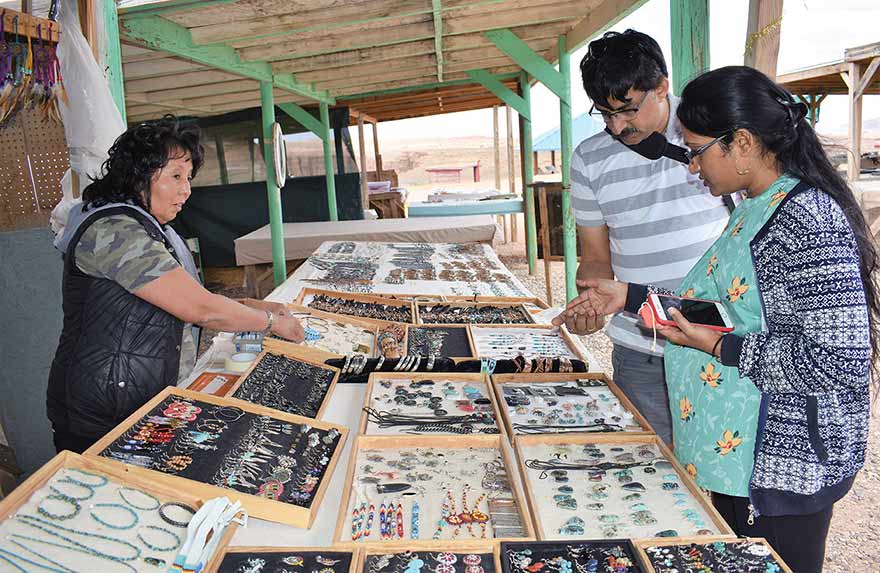 An ongoing feud between the Navajo Nation Department of Parks and Recreation and the vendors at the Little Colorado Tribal Park appears to be resolved, at least temporarily.

Vendors will be allowed to keep their homemade booths while the access road to the overlook and parking lot are improved, the Navajo Nation Council’s Resources and Development Committee decreed last Wednesday after the vendors presented their case.

The vendors and Parks and Rec have been at odds for years over the placement of the booths and whether tourists should have the option to circumvent the booths to walk to the overlook.

Several months ago, the vendors were asked to dismantle their booths to make way for a $2.4 million Navajo Nation construction project that has been in the planning stages for over 10 years at the overlook of the Little Colorado River Gorge. Last week, as heavy equipment moved in, vendors mobilized to protect their booths and livelihoods from being demolished.

“We don’t know when they’re going to tear our stand down,” said vendor Dan Robbins. “One person says tomorrow. Another one says next week. There’s those big machines going. I don’t know if we should be here.”