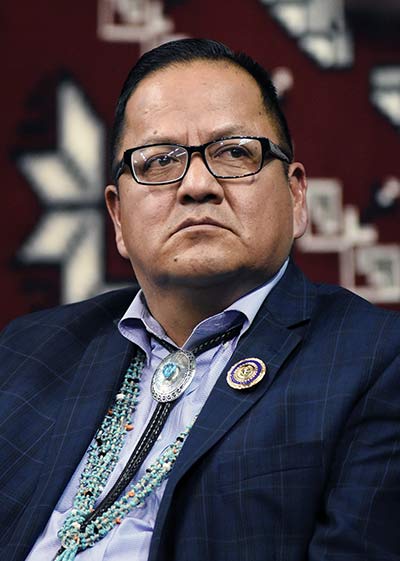 The “Climate Adaptation Plan for the Navajo Nation,” prepared by the Department of Fish and Wildlife, has been sitting on the shelf for months.

Delegate Mark Freeland wants to get it officially adopted, developed and implemented immediately and is sponsoring bill No. 0239-19 to that effect.

Freeland said he first wanted to do a climate change study and plan not realizing that Fish and Wildlife had already developed a plan.

On March 20 to 22 and 27 to 29, 2018, Fish and Wildlife held a climate change planning workshop. Department officials listened to grazing officials and land board and farm board members to gain community-level insight on the management of natural resources and compared those with information from Navajo Nation natural resource professionals.

“This document was just sitting there,” said Freeland. “No one was interested in it. So the plan is to put this plan into action. They did a good job. It’s so awesome.”

Bill No. 0239-19 will be posted for a five-day comment period before going before a standing committee.