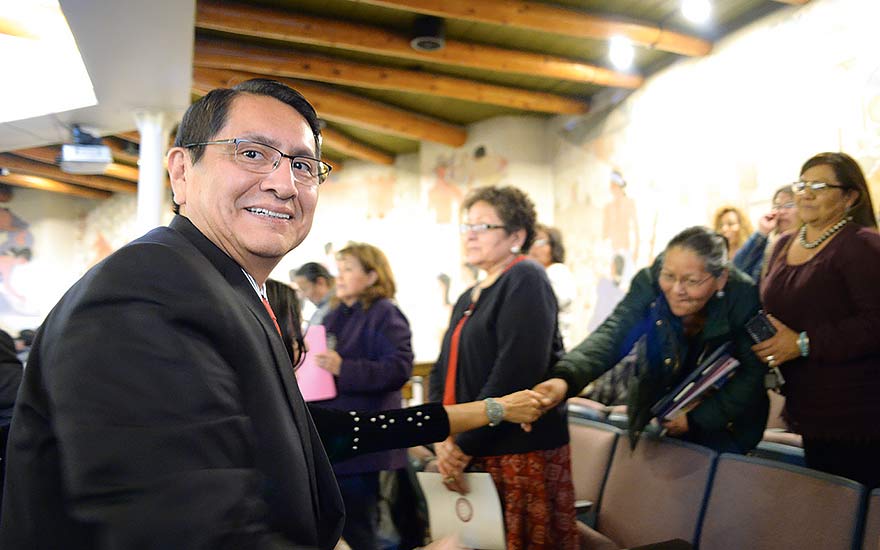 Navajo Times | Donovan Quintero
Navajo Nation President Jonathan Nez was given only 10 minutes to present a report to the Navajo Nation Council Monday.

They voted 7-6 on Monday to accept the State of the Nation address as a written report.

Nez and Lizer were a few steps away from the Council Chamber when lawmakers, led by Delegate Otto Tso’s motion, seconded by Delegate Edison Wauneka, voted to not hear Nez’s speech.

“Can I just motion to accept the report?” asked Tso. “He already emailed it out and we read it through. We already know who the division directors are, and he’s not here.”