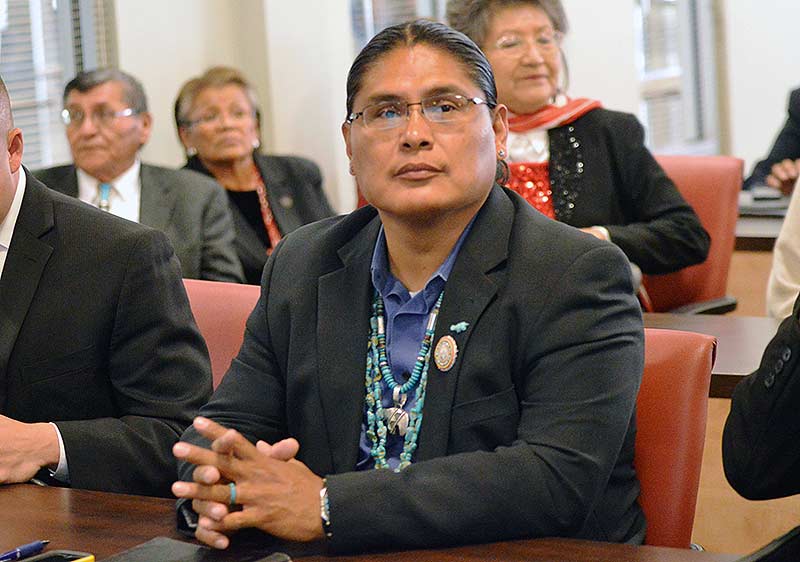 Chris Deschene, who was disqualified by the Office of Hearings and Appeals, waits for arguments to be heard by the Navajo Supreme Court on Monday, Oct. 20, 2014, at the Navajo Department of Transportation in Tse Bonito, N.M. Despite being disqualified Deschene said voters shouldn't stop voting. (Times photo - Donovan Quintero)

The Navajo Supreme Court, in a decision released on Thursday, has ordered the postponement of the November 4 tribal election for Navajo Nation president.

In a 2-1 decision, the supreme court ordered that the election ballots be reprinted immediately without the name of Chris Deschene on them.

The ruling doesn’t specify a new date for the election and it doesn’t mention whose name should be on the ballot to go against Joe Shirley Jr. Those decisions will have to be made by the election board.