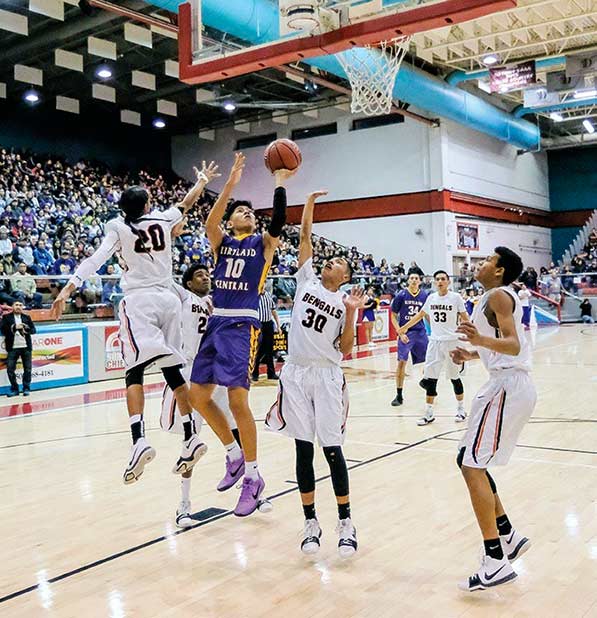 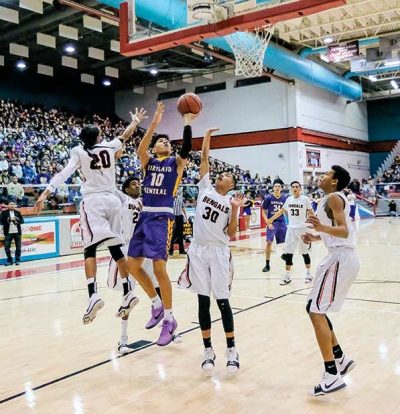 The Broncos were having a decent season until the Bengals in late January rattled the corral. Since then the two have battled back and fourth for the top spot in District 1-5A.

Kirtland Central took the humility Gallup served them and used it to fuel a 52-46 victory over the Bengals for the top seed in the district on Monday.

Kirtland Central head coach Brian Dowdy said his team has had their downs recently, but it was for a reason.

“We struggled a little bit and it was actually good for us,” he said. “We were confident, but I felt like we were starting to get cocky, so I felt like it was good for us to get humbled. It really was.”

Kirtland Central and Gallup were tied at 8-2 at the end of the district season, which prompted the tie-breaker Monday at a neutral site – Shiprock High School.

Gallup took an early lead, setting the pace, and outscored Kirtland Central 15-8 after the first quarter.

The Broncos came stomping back in the second quarter to make a 12-0 run to lead Gallup 20-17.

The Bengals hung on and battled back with about three minutes left in the first half of the game.

Dowdy said it was a rough start for his team, which has been the case most recently.

“The first quarter, we just couldn’t make baskets,” he said. “Our last game at home against them (Gallup), we were 22 percent in the first quarter again, but before that we’ve been starting out wonderfully.

“But maybe that was better for us because we didn’t take anything for granted,” he said. “The first time we lost to them (Gallup), we had the big lead 13-10, 13-5, and then we blew the lead and they beat us.”