Cats back in spotlight for second season of ‘Basketball or Nothing’ 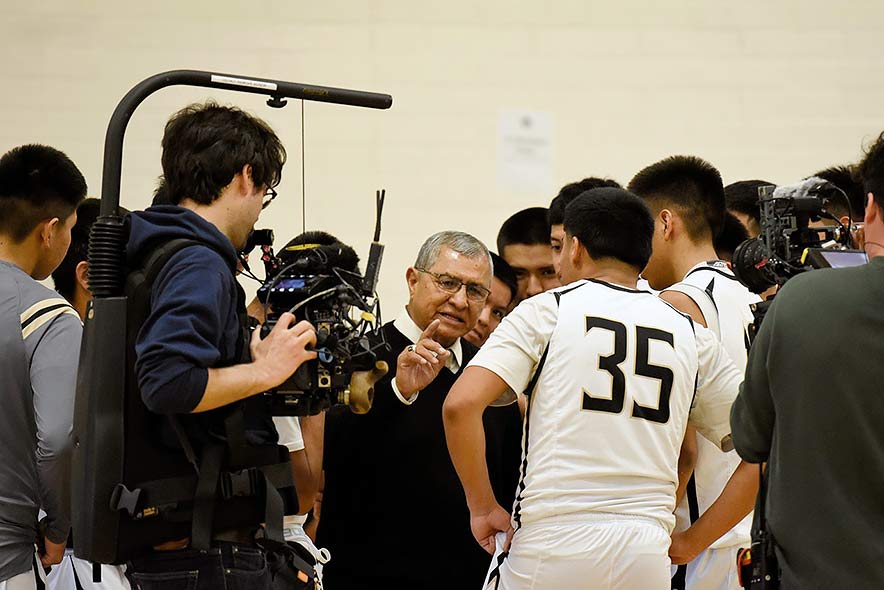 A second serving of “Basketball or Nothing” will be available online when Netflix completes filming and editing this season’s Chinle boys’ basketball team.

Netflix first profiled the Wildcat basketball team during the 2017-18 season and that documentary series was released last summer. The docuseries featured then-seniors Josiah Tsosie, Chance Harvey, Angelo Lewis, Dwayne Tom and then-sophomore Cooper Burbank, as the Chinle squad got as far as the Final Four round in the Arizona 3A state playoffs under head coach Raul Mendoza.

Matt Howley, the film’s executive producer and director, said his crew has been on location since late November and the reason why they wanted to pick up a second season is twofold.

“We’re back because it’s Cooper’s senior year and who knows when coach Mendoza is going to hang it up,” he said. “We’re going to follow them one more year and see what happens.”

Howley said they are real interested in profiling Burbank’s recruitment storyline as the senior shooting guard is putting up some gaudy numbers. According to Maxpreps.com, Burbank has averaged 26.4 ppg in five of the 17 games the Chinle squad has played in.

“He wants to play basketball after high school so we’ve been filming his family,” Howley said of Burbank.

In addition to Burbank, his filming crew is also going to visit Curtis Begay and his family. Begay is one five seniors on the team with the others being Donovan James, Brayden Ahasteen, Darren Woody and Burbank.

“They all have great families and they all have great mothers,” Howley said. “We love being around them and we’re getting to know them. That is why we’re out here because we find these kids to be very inspiring.”

Howley said the kids on the rez don’t have the same advantages as other kids in the country but that doesn’t stop them.

“That is what we moves us, so we’re looking forward to the next 20, 30 days of filming, getting to know these kids on and off the court,” he said.

Howley said the first docuseries was a success with viewers but what they are most proud of is the feedback the kids were receiving.

“Cooper, Josiah and Chance were getting messages all over the world in places like Argentina and Germany,” he said of the originally docuseries. “They were getting little messages like ‘Good luck tonight.’ We were lucky enough to get out their story on a global platform.”