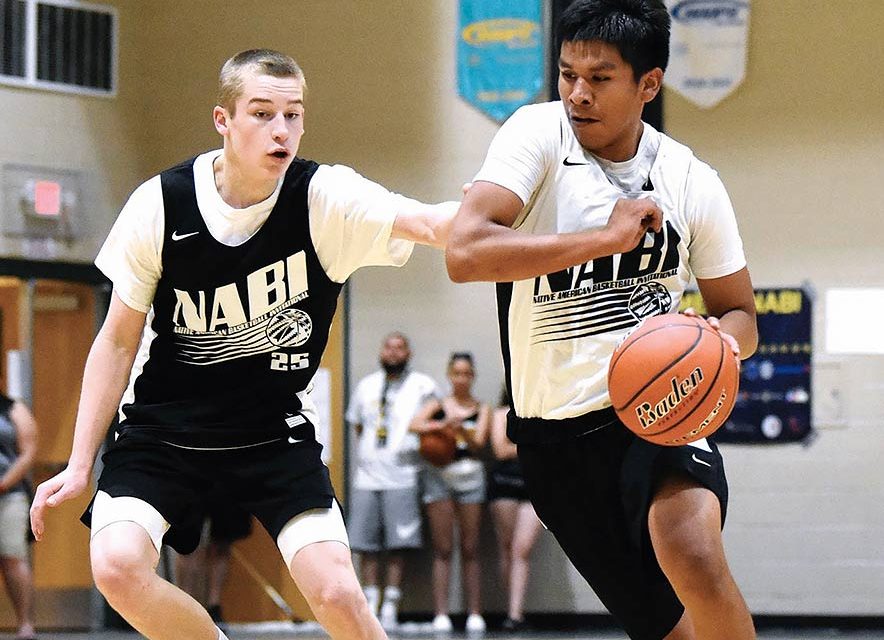 They had all the pieces that every team needs.

With some bigs, dribblers and shooters, the Northern Elite boys’ basketball team was looking to make some noise at a number of tournaments this spring and summer.

Of all the tournaments they enter, the Window Rock-based team was hoping to win its first national championship at the Native American Basketball Invitational.

Regrettably, the 2020 NABI tournament was cancelled due to the COVID-19 pandemic. In a statement released by the NABI Foundation dated Apr. 14, the organization cited the uncertainty of the pandemic.

“With the state of Arizona and many parts of the country still considered unsafe, and social gathering are restricted due to the current virus, the NABI Foundation strongly feels a full cancellation is warranted,” the statement read. “As this pandemic continues to move across the globe and bring devastation to our tribal nations, we are urging all of our communities to abide by the preventative measures that are currently being put in place by our local, national and tribal governments in order to assist in containing and combating the virus.”

Northern Elite coach Rick Destea said the NABI tournament is something they always look forward to.

“We had goals of really going after the title this year but after we got the news the kids were devastated,” Destea said. “I’m kind of taking it pretty bad myself. I’ve been mentoring these kids since they were seventh- and eighth-graders and every year we try to prepare for it by playing in other tough tournaments.”

With an abundance of talent and experience, Destea felt that it was their year to finally win the gold bracket of the NABI tournament.

“That was one of the tournaments that we had a good chance of winning,” he said.

“The players and their parents were disappointed but we all know it’s for the best for public’s safety,” he said. “We have a lot of fans that travel with us and they are wanting to watch the boys play.”

“They’ve been playing with us since they were little kids,” Destea said. “This is going to be hard on them because this was basically the last time they were going to play in the NABI tournament.”

Destea said he’s been coaching youth sports since 2004 and for the past seven years his focus has been primarily basketball.

He coached the Northern Elite to a second place during the 2012 NABI tournament. Last season, his current group reached the Elite Eight, losing to the eventual champions.

“We had a lot of promise this year,” he said.

Besides the NABI tournament, Destea said they have missed a handful of other tournaments, including the All Native American basketball tournament in Las Vegas, Nevada.

Like most traveling teams, Destea said they are going to wait out the pandemic in hopes that the summer slate of tournaments can be salvaged.

“We have some other tournaments that we’ve played in the past set for June and July,” he said. “Hopefully we can still participate in them. We’ll see how that goes but I really want my kids to play, mainly for college scouts.”