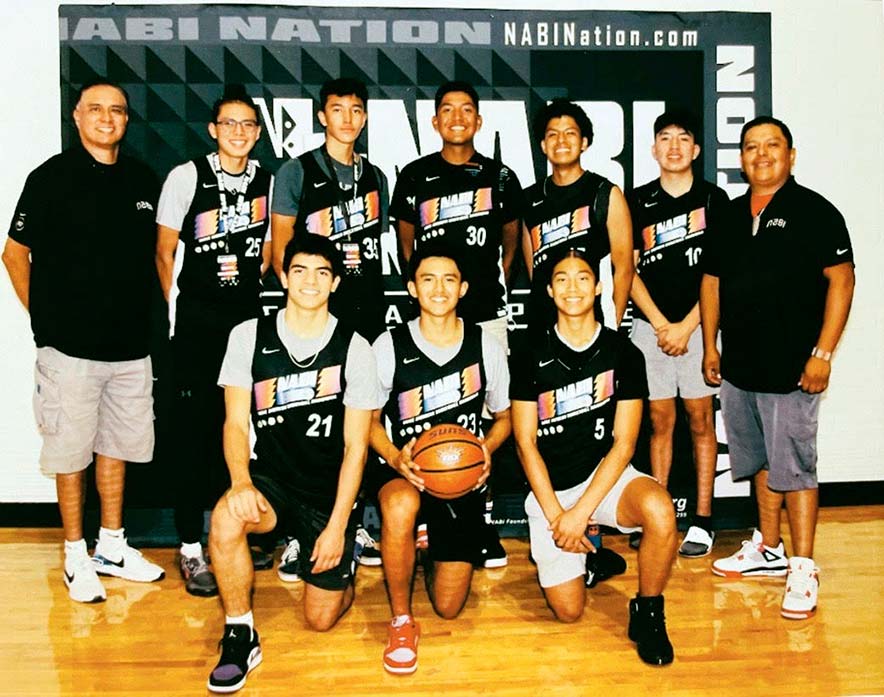 Submitted
The Northwind basketball team finished the NABI basketball tournament with a 4-3 mark.

For Cliff Johns, the 2021 NABI basketball tourney was a time for his players to reacquaint themselves to the Native basketball world.

With the cancelation of last year’s tournament because of the ongoing coronavirus pandemic, Johns said things were a little quiet.

“My guys were definitely excited,” he said of his Northwind team. “It was good to see all the young kids back to playing basketball. It’s good to see them interact with the referees, coaches and other players. We all missed that last year so it’s good to see that again.”

And while most teams have been playing for a few months since the start of 2021, Johns said there was some hesitancy.

“I think coming off Christmas it was still a little shaky,” he said. “People started to get out and get into tournaments so it was kind of a slow process. It wasn’t until midsummer when things started to really open up.”

Still, he said, there was some hesitancy, as some clubs didn’t start playing until a few months ago.

Coming off some early summer tournaments, Northwind used that experience to finish the NABI tournament with a 4-3 overall record.

Northwind started the weeklong tournament with a 2-1 mark in pool play action, losing to the Arizona Warriors by a 46-28 count.

“It was pretty average,” Johns said of the pool they were placed in. “The toughest team in our pool was the Arizona Warriors. We’ve been playing one another in almost every tournament for the past several months. They’re a well coached team and they’re well disciplined on both ends of the court.”

In bracket play, Northwind advanced into the third round by winning its first two games. In that third round, they dropped a 65-58 decision to the Phx HotBoyz, sending them into the elimination bracket of the tournament against the Rockhawks, who had Diné player Bryan “Beaver” St. Clair on their squad.

After leading the Rockhawks by two points at the break, Northwind saw its run in the NABI tournament end when the Montana-based team escaped with a 54-47 win.

“I think we just lost the momentum,” Johns said. “We were taking some lower percentage shots when we needed to take the ball to the bucket and score.”

That scheme, however, was easier said than done as the Montana team made it tough for them to penetrate and score.

“We had a hard time with that,” Johns said, adding that he tried to insert other players off the bench to give them a spark.

“It was kind of tough to find that flow,” he said.

Nonetheless, he had a few players step up with Coconino’s Preston Olney putting up 11 points, with nine coming in the second half.

With under a minute, Olney hit a trey that made it a two-possession game but Rockhawks closed out game on a 4-0 run.

“They’re a great team,” Johns said of the Rockhawks squad. “We’ve been playing a lot of teams around here locally like the HotBoyz and Arizona Warriors and playing other tribes is really good. You could see more of the versatility on both ends, and the height as well.”

In addition to Olney, Northwind also got eight points from Feathers Valencia, seven from Winslow’s Tyrell Young and five each from Mitchell Jacobson and Kohanon Atazhoon.

With the NABI tournament completed, the Northwind team is going to take its chances in the upcoming Bigfoot Las Vegas Classic that starts on Thursday.

“Over there you’re dealing with a whole different level of competition,” Johns said. “It’s an NCAA showcase tournament; we’re 17U certified so we’re gonna have D-1 and D-2 scouts coming in to watch the players.

“It’s more or less getting exposure for the kids,” he added. “The competition is going to be bigger there and that is where you can find where you fit in as a basketball player. With this showcase, we’re giving them a sneak peek at what it’s like at the next level. It’ll give the guys an understanding of what they have to work on and develop.”