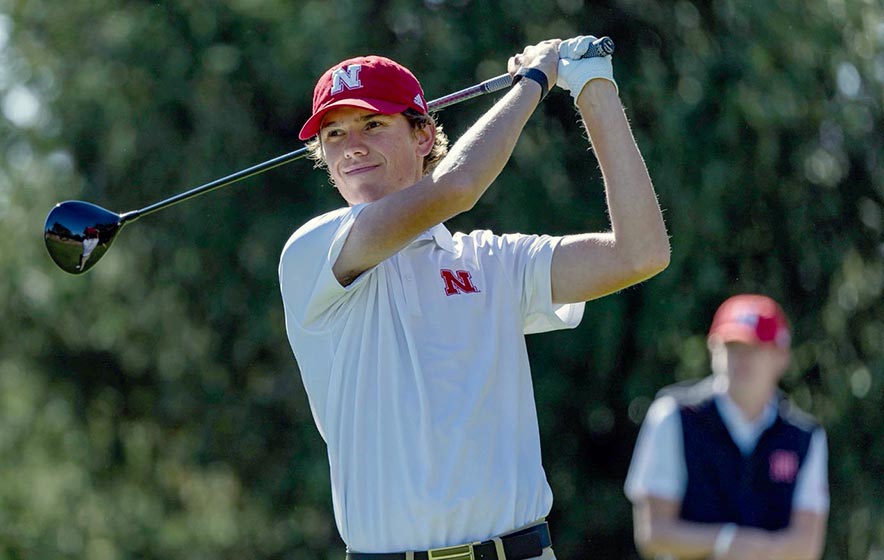 A top-ranked golfer out of high school, Quinn Yost opened his college career in the starting lineup.

He tied for second among the Huskers and tied for 20th overall. He shot 143 (74-69) to finish one stroke behind the team’s leader, a senior, and the 69 was his low round of the fall events in which he competed.

“The experience I had in junior golf translated really well in college,” Yost said. “The courses I was playing were difficult.”

“I played just good solid golf,” he said. “That’s how I expect to play in every event.”

The strong debut was encouraging because he said he dealt with shoulder inflammation during the summer, when he refrained from golfing as much as he normally does. He competed in just one event, at the end of the summer.

He said the inflammation was the result of overuse. “I needed to take a break,” he said. “It hurt every time I would hit the ball. It would sting.”

Rest and physical therapy helped him be ready for the season, and he has continued treatment and exercises to keep the shoulder healthy.

In his second tournament, Yost again was the only freshman in the starting lineup. He tied for second among the Huskers by carding 222 (74-78-70).

“The first two, I played pretty well,” he said. “The last event I kind of struggled.”

He cited his ball striking – usually the strength of his game – as the problem. He missed more fairways than desired, often missing left.

Since the fall finale, the golfers have been lifting weights and practicing inside.

“There’s such little time we have in season to work on our swing,” Yost said. “My swing slowly got worse and worse. I was kind of surviving with it.”