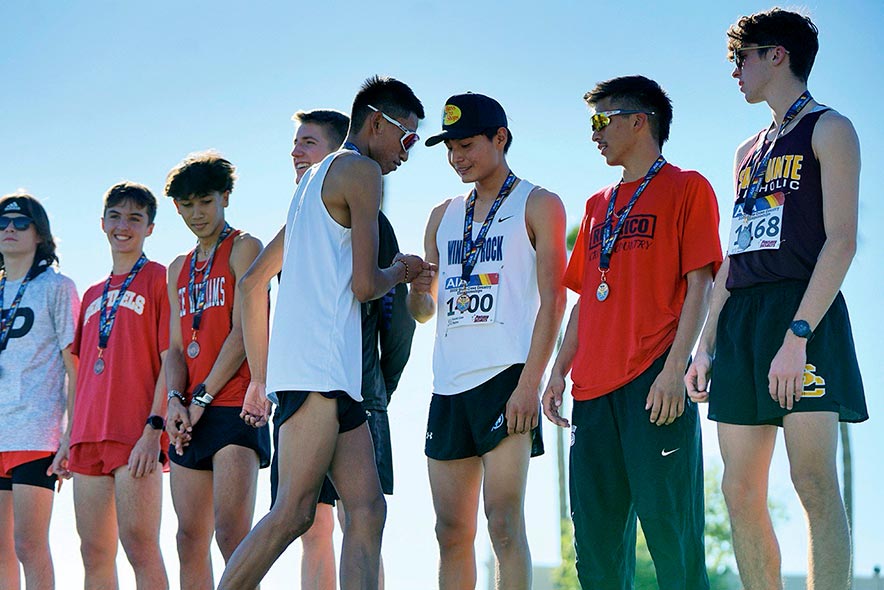 Last season, Kee placed 26th overall, and on Saturday, he took fourth in one of eight competitive races at the Cave Creek Golf Course in north Phoenix.

“My season went pretty good,” Kee said while noting his high placement at state. “Last year, I got sick, and I was fighting a cold, so I ran better today.”

“I got out to see who would go out and take the lead, and I just stayed behind them,” Kee said of his strategy. “I pretty much settled in for that first mile and tried to stay up with them.”

With the top three finishers set to graduate in the spring, the Window Rock harrier is looking to win next year’s state crown.

With a time of 16:47.2, Page freshman Symond Martin was the area’s next top finisher in eighth place.

“I’m very proud of each one of them,” Ganado coach Leandra Thomas said of having four of her runners make the all-state team. “That’s always a coach’s dream and team goal to have our runners compete at state.

“This is where the best teams and best runners are at,” she added. “This is a chance for them to showcase what they’ve been doing all year.”