A Triple Crown winner is quite possible at this year’s New Mexico Class 2A state track meet.

Navajo Pine freshman Ryan Kee and Peñasco junior Gilbert Valdez have posted the best times in the 800-, 1,600- and 3,200-meter runs heading into Friday’s championships at the University of New Mexico Track-Soccer Complex. 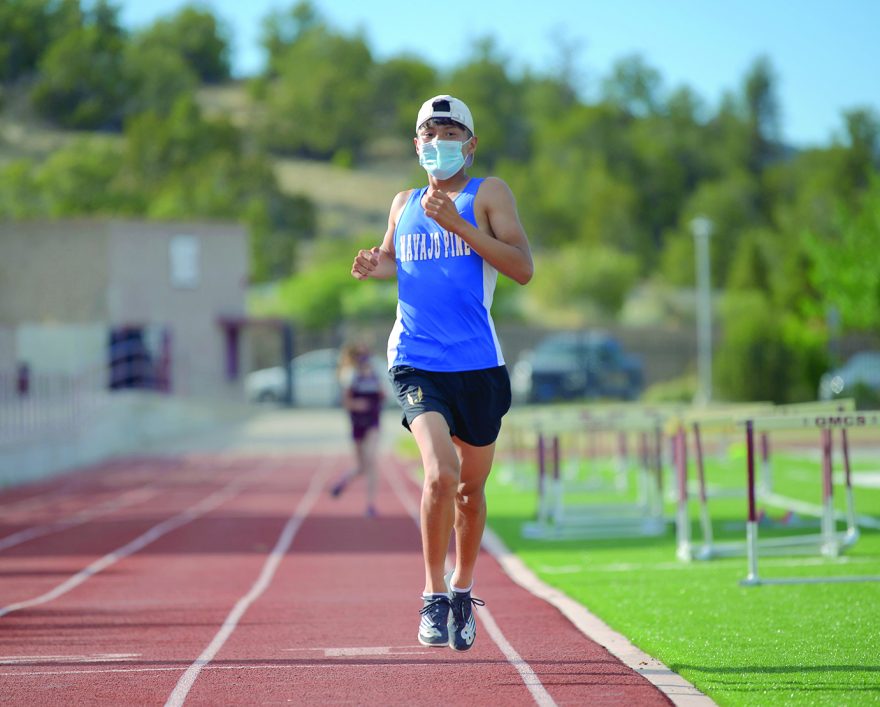 In one of his races, the Navajo Pine freshman will run against his older brother, Burlander, in the 1,600-meter run. Burlander is seeded 10th for that race with a PR of 5:23.11.

Burlander also got qualified in the 200, as he will run in the first of two heats on Friday.

“I’m surprised that I got qualified because I know there are some faster kids in the 200,” the Navajo Pine junior said. “It’s one of the fastest events but I want to try my best and make it an experience. I want to come back next year a lot stronger.”

Burlander said he’s been training with his dad and brother and he’s hoping the extra workouts will pay off at the state meet.

“Me and my brother train with my dad,” he said. “It’s hard to keep up with Ryan but coming into my races it kind of makes it easier to run with the people I run against.”

“They’re all-around athletes,” she said. “We tried to get them as much competition as we could this past season but we were limited on which meets we could attend.”

Nonetheless, she said her two athletes are as ready as they can be.

As for Ryan, she said he’s aiming for that Triple Crown.

“He’s in a really good spot for that,” Thompson said. “It’s a lot to ask for in a freshman but he holds high expectations for himself. He’s confident when he runs and I just hope that he can accomplish that.”

Nevertheless, Thompson said winning the three long distance races is going to be difficult to complete since the state meet is only a one-day event. In non-COVID years, the state meet was held over two days with the 1,600 and 3,200 held on different days.

“It’s going to be a lot different,” she said. “We’re going to have to see it as a regular meet, like the one today. We’re hoping the NMAA is going to stick with the time frame to get them some rest in between races.”

Thompson said the weather on Friday is going to be a huge factor on whether Ryan can complete this feat. Albuquerque is expected to reach 97 degrees on Friday.