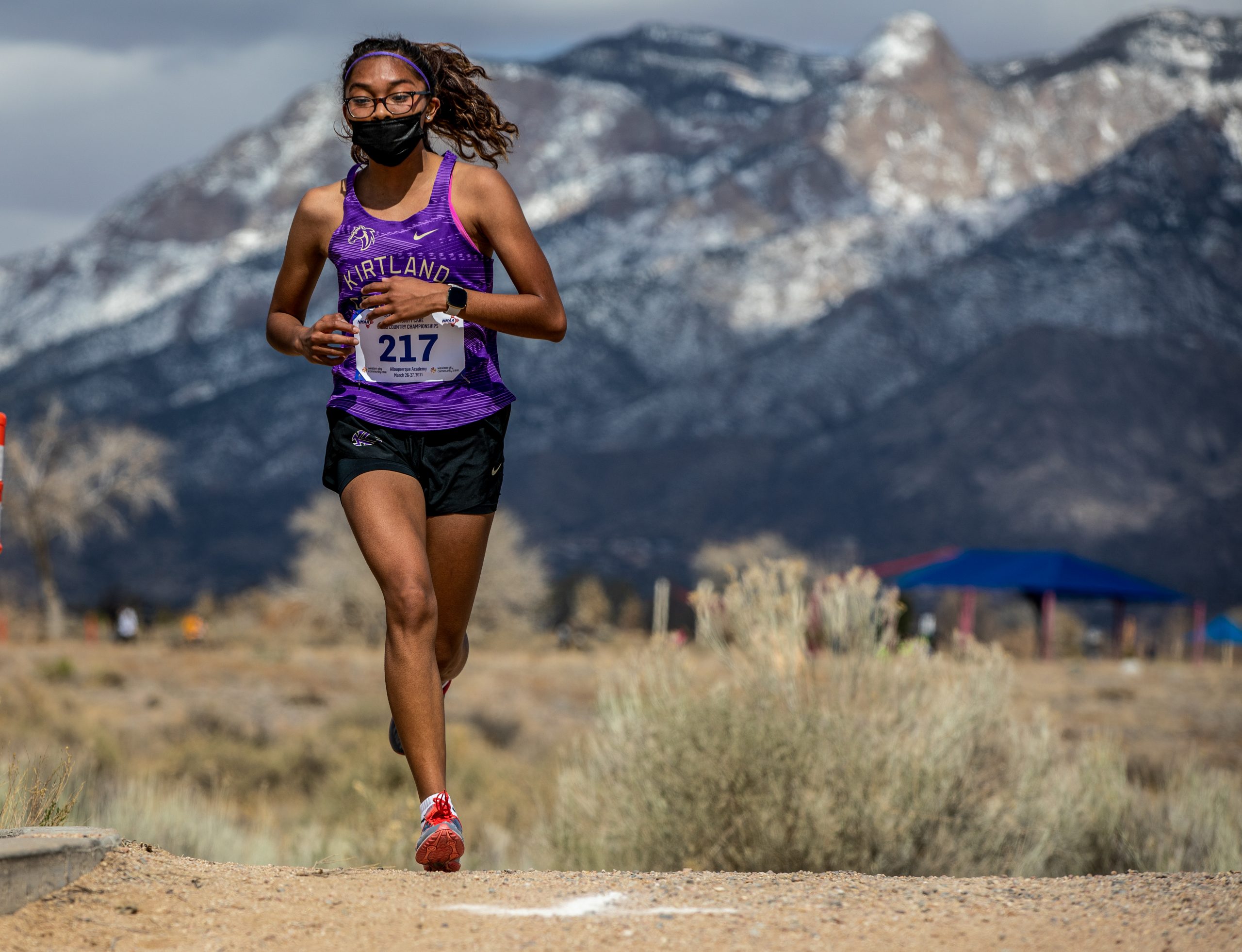 It’s been a long time coming for the Tohatchi boys’ cross-country team.

On Friday, the Cougars placed four runners in the top 20 at the New Mexico Class 3A state cross-country meet as they secured the second-place trophy.

“It’s been a while since we took one of these home,” Tohatchi coach Fern Spencer said of the red trophy.

The longtime coach is not sure when was the last time they brought home a state trophy in cross-country but she said it was well deserved.

“It’s very good for the program,” she said when asked if the state runner-up trophy is a nice addition to the trophy case. “They’re all young so we have another year with them. We’re going to continue to work hard and keep improving.”

The Cougars were not the only school to take home hardware as six athletes earned All-State honors.

“Finishing in the top three was my main goal and I got it,” Ramone said, who finished the 5K race in 19:47.77. “I just felt like I could have stayed up with the Albuquerque Academy runner (Emma Patton) but I just didn’t dig deep down enough to finish second.”

Nonetheless, the KC runner was happy that she improved from last season’s sixth place finish at state.

Platero was another runner who saw improvements from last year as she jumped four spots to fourth this year.

“I’m so happy that I made the top five,” Platero said. “This is a big morale boost for me because I didn’t have a lot of confidence in myself but my team, my coach and the whole town of Shiprock cheered me on.”

Platero, who was clocked in at 20:00.26, said her game plan worked to near perfection as she tried to shadow Ramone.

“I tried to hang with Aisha and I tried to execute that but they did take off,” she said. “But in the end I was still able to finish behind them.”

With a team score of 83 points, the Aztec Lady Tigers placed fourth while Shiprock took fifth with 94 points.

In the 4A boys, Miyamura’s Tayan Benson made the podium with a 10th place finish.

“I was hoping to do better than last year, but I just couldn’t do that today,” the Miyamura junior said.

In the team standings, the Shiprock Chieftains placed fourth while Miyamura took sixth.

In the 3A boys’ race, Albuquerque Cottonwood Classical ran away with the state title with 14 points while the Cougars finished with 47 points.

Tohatchi was led by Nicolas Yazzie as he placed 10th overall.

“It means a lot to us,” Yazzie said. “We all come in every day to practice and we give it our all. It just led to this moment and I think the time and effort we put into this paid off. I couldn’t have done it without them.”

Individually, Crownpoint’s Tylon Tsosie and Newcomb’s Damien Johnson were named to the 3A All-State team by placing in the top 10. Tsosie took seventh, one spot ahead of Johnson.

In the 1A/2A meet, the Ramah girls and Rehoboth boys took fifth in their respective races.

For more on this developing story buy the Navajo Times on Thursday at your local newsstand.