Now is the time for bold vision 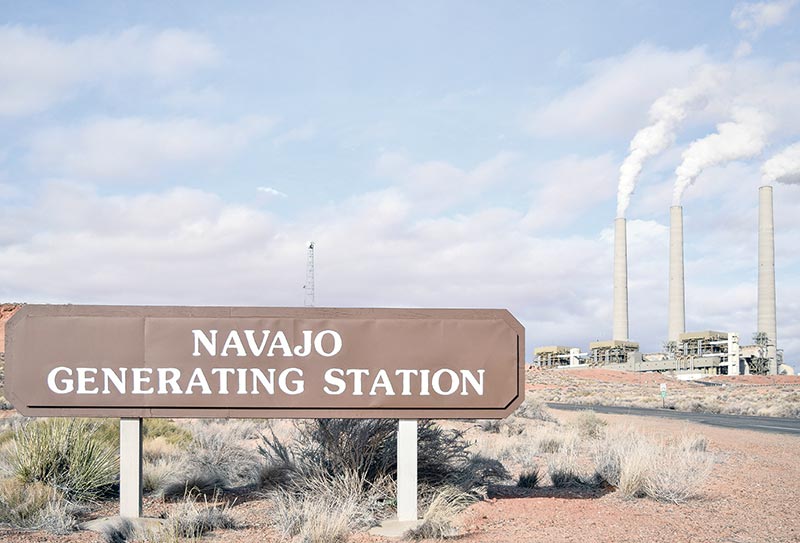 The announcement last month by the owners of the Navajo Generating Station that poor economics are forcing them to retire the plant far ahead of schedule – as early as this year – puts the Navajo Nation at a vital crossroads.

Down one path is the opportunity to transition to a clean energy economy that will provide revenue, jobs and security to Navajo families for generations to come. Down the other is the feeble extension of the plant’s life – and the jobs that come with it – for a few more years, but yields little hope for today’s youth when the plant closes around the time they start raising their own families.

A move to clean energy offers hope for righting years of wrongs related to the health and economic sacrifices the Navajo people have made for decades in the name of providing electricity and water to millions of people in the southwest. The status quo offers more of the same – more pollution leaving our people with asthma and other health problems, more depletion of our vital water resources, and more exploitation of Navajo energy resources.

There is clearly only one correct path for the Navajo Nation, but there are forces – mainly political – dragging us down.

“I am a coal man,” says Lorenzo Bates, the speaker of Navajo Nation Council, who is looking with blinders on only at the fate of the current workers at NGS and nearby coal mine. We agree that the workers Bates is trying to protect deserve the resources necessary to help them with the financial and career disruption that will come with the retirement of the plant and mine, but keeping the plant and mine open only delays that hardship they will endure in the not too distant future.

After 40 years and an unhealthy dependency on coal, the Navajo Nation desperately needs new thinking that goes beyond asking for bailout subsidies to keep the plant running for a few extra years. We need visionary economic leadership.

The insistence by Bates and President Russell Begaye that we keep our future tethered to coal is both shortsighted and dangerous. It fails to acknowledge the crashing coal market. And it sadly dismisses the vast potential of the Navajo Nation’s solar and wind resources.

For the people who have lived in the shadow of the power plant for decades, the position taken by Begaye and Bates is especially frustrating. We all watched helplessly four years ago when tribal leadership ignored market signals and sunk millions into buying the Navajo coalmine in New Mexico. Two years later, the Four Corners Power Plant announced it was closing two units, making the Navajo ownership of the coal that feeds it a costly – and entirely preventable – mistake.

Now Begaye and Bates are talking about walking down that same road again. They have pleaded repeatedly for the Trump administration to step in and provide a bailout to help keep the plant running until 2030.

Instead of asking for subsidies, they should be using the opportunity to secure strong, meaningful commitments from the owners of NGS for cleanup, transition, and new energy development. By holding out their hands, they are squandering the tribe’s leverage for cleaning up the plant and assisting workers. They are wasting a once-in-a-lifetime opportunity for long-term contracts to develop and sell clean energy from Navajo and Hopi land. And they are throwing away our ability to finally secure permanent rights to water that rightfully belongs to the Navajo and Hopi.

Now is the time for bold vision, not begging.

Once the utilities finalize their plans for retiring NGS this summer, we will lose all ability to bargain with SRP and the plant’s other owners. The longer we wait to get firm commitments on cleanup, transition assistance for communities, water and clean energy, the less bargaining power we have.

But it shouldn’t just be Begaye, Bates, and other tribal leaders demanding these things. The state and federal government have a moral and ethical responsibility, too. After all, it was the Department of Interior, back in the 1960s, that coerced the Navajo into giving up both land and water for NGS. Since the plant began operating in the mid-1970s, the federal government, SRP and the plant’s other owners have enjoyed rights of way and water from the Colorado River for next to nothing, and subsidized coal prices. Arizona’s economy wouldn’t be possible without the power from NGS that pumps water to Phoenix, Tucson, and other parts of the state.

After decades of profiting from the exploitation of Navajo resources, it’s time to look out for the health, welfare and economic wellbeing of all Arizonans – including the Navajo and Hopi.