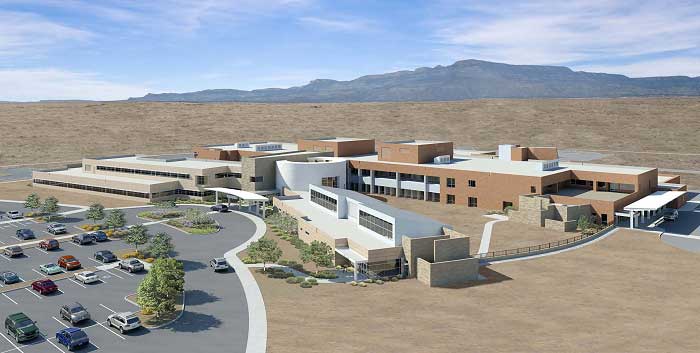 The Kayenta Health Center in 2014 -- 50 years after the Navajo Nation received its first Diné physician.

The Kayenta Health Center in 2014 — 50 years after the Navajo Nation received its first Diné physician.

Something happened in late November 1964 that would have a profound effect on the lives of every member of the Navajo Tribe at that time and for the future. 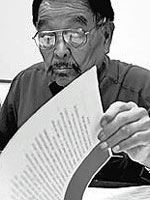 For the first time since the treaty between the Navajos and the U. S. government was signed in 1868, and the federal government promised to provide each member free health care, that health care was being presented by a doctor that was a member of the Navajo Tribe.

Indian Health Service officials announced that Dr. Taylor McKenzie, the first Navajo to graduate from medical school, was coming to work for the IHS, being assigned temporarily to Kayenta.

As the Navajo Times pointed out, this was a major deal because, for the first time, Navajo youth interested in becoming doctors had a role model they could look up to and emulate. It would over the next two decades lead to several more tribal members entering the medical field.

And not only was he a doctor but he was also a surgeon, the Times pointed out, with a medical background giving him one of the best medical training in the world.

Dr. Charles S. McCammon, who was an assistant director for the Navajo Area IHS, told the times that the Kayenta assignment was only temporary.

“As soon as possible, we want to assign him to one of the Navajo Indian hospitals as a full-time surgeon,” he said.

McKenzie would soon be assigned to Shiprock where he would serve with distinction for more than 30 years with a slight detour into tribal politics when he ran unsuccessfully for tribal chairman in 1978, coming in third in the primary to the current chairman, Peter MacDonald Sr. and former chairman Raymond Nakai.

At the time of his defeat in 1978, the Times would report that his loss was not a reflection of the attitude the voters had in him but may have been because the people had too much respect for his role as a doctor and felt that because of the low number of Navajo doctors, he would better serve the people there.

It was only upon his retirement that McKenzie’s political ambitions were realized when he was selected by Kelsey Begaye to be his running mate and became vice president of the Navajo Nation from 1999 to 2003. He died in 2007 at the age of 76.

Another little known fact is that McKenzie studied medicine at the Baylor School of Medicine in Houston where one of the most famous heart surgeons in the world, Dr. Michael DeBakey, became one of his mentors.
He would often say that DeBakey played such a major role in his training as a surgeon that he named his first child, Michael, after him.

Also this week, on Nov. 23, 1964, members of the Cheechilgeetho Chapter, located near the Zuni Reservation, dedicated their new chapter house.

What’s so remarkable about this effort was that chapter members built their chapter house themselves with the help of an $11,000 tribal grant, which they used to purchase materials.

Under the leadership of the chapter’s president, Charlie Yazzie, its vice president, Ben Duboise and its secretary-treasurer, Melvin Chavez, men of the community spent the best part of a year building the 1,900-square-foot community center.

It was also this week that a Teecnospos, Ariz., couple, Mr. and Mrs. J. W. Stotts learned that if you can’t make it to the hospital, the next best thing was to have the baby in a Volkswagon.

The couple was on the way to Sage Memorial Hospital in August so that their son, Harley Elbert, could come into this world when he decided to make his appearance some six miles from the hospital.

Because of this, they became one of three couples to be honored by the car company in its 1964 campaign “Bonds for Babies born in Beetles.”
Each of the three couples received three saving bonds – for a total of $150 each – from the company.

As the Navajo Times reported, the couple was in Shiprock on Aug. 9 on their way back from the Spanish Trails Fiesta in Durango when they decided to do some shopping.

“While they were in the grocery sore, little Harvey Elbert signified his intention of being born,” the Times reported.

The couple traveled back to their home to drop off their groceries and then departed “at top speed” for the hospital at Ganado some 130 miles away.

“They floor-boarded their 1964 Volkswagon on the trip, which was frequently interrupted for sheep on the highway. Once, an accident was narrowly averted on a mud-washed stretch,” the paper reported.

Just as the car passed a sign saying the hospital was only six miles away, Harley Elbert was born.

They eventually made it to the hospital where Dr. Harold Holsinger took over. It turned out that it was the good doctor who also made the couple aware of the company’s Bonds for Babies program.

The Times story, however, fails to answer one lingering question that a lot of people may have had – why did a family from Teecnospos travel all the way to Ganado to give birth when there were a number of hospitals that were a lot closer?