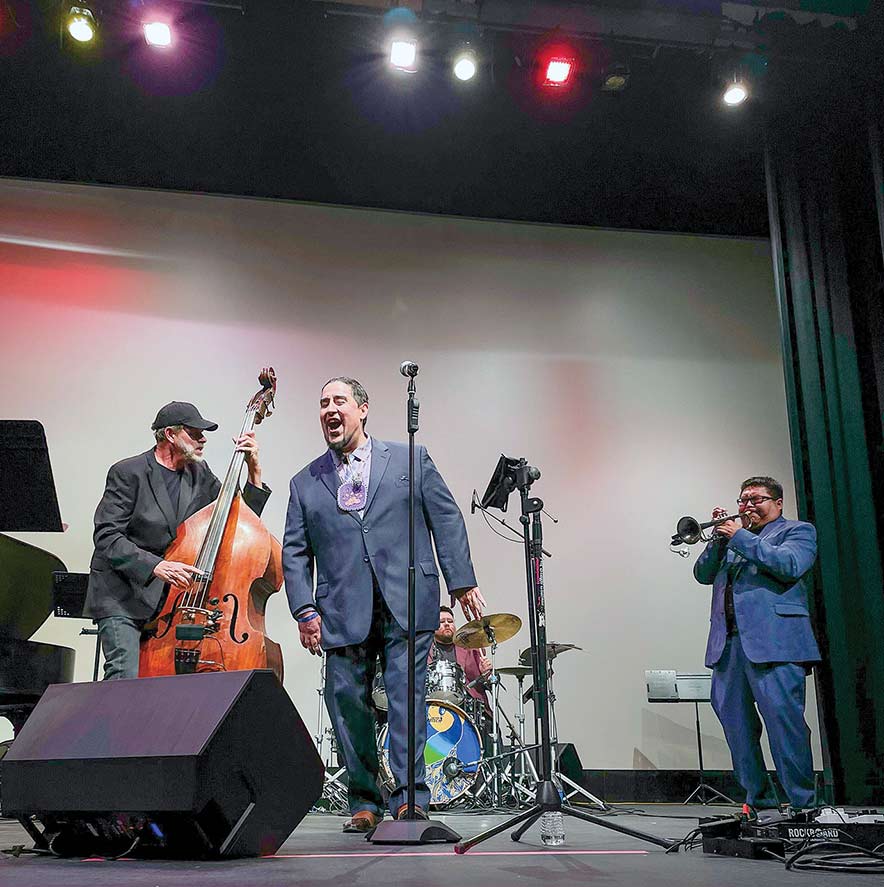 As part of a multi-stop tour, Bureau of Land Management Artist-in-Residence Native American jazz trumpeter Delbert Anderson and his group D’DAT are headed to Utah to teach a music workshop and then perform in concert at San Juan High to celebrate America’s public lands.

On the second stop of the Painted Mountains Tour on June 17, the group will hold a musical workshop at 10 a.m. on June 17 at the Edge of the Cedars State Park Museum (660 W 400 N) in Blanding, Utah.

SANTA FE – The Southwestern Association for Indian Arts, the nonprofit organization that produces the annual Santa Fe Indian Market, announced the designers appearing in its Centennial Fashion Show, with several ties to the Institute of American Indian Arts IAIA reports.

SWAIA’s fashion programming will include two full fashion shows this year, with the first premiering on Saturday, Aug. 20, at the Centennial Gala Party: “Shiny Drop.”

On Sunday, Aug. 21, the finale takes place at the Santa Fe Convention Center. This will be followed by an exclusive trunk show where fashion show ticket holders can buy and order items directly from their favorite designers.

WINNIPEG, Manitoba – Aboriginal Music Manitoba, producer of the sakihiwe (Cree for “to love”) festival, is working to bring live music to Indigenous families this summer.

With partners, the Ma Mawi Wi Chi Itata Centre, the Spence Neighbourhood Association, Indigenous Vision for the North End, Central Neighbourhoods Winnipeg, and the West End Cultural Centre, the festival is set for June 23 to 26.

The event will include two ticketed concerts and four free block parties with performances by 26 acts from across Canada.

Local legend Ernest Monias, also known as the “King of the North,” is one of the main attractions at the festival this year.

The event begins with a re-opening night concert at the Pyramid Cabaret on June 23, followed by the grand entry on June 24 and block parties with free BBQs at Central Park on Selkirk Avenue at the Turtle Island Neighbourhood Centre and on Ellice Avenue on June 25 and 26.

“We’re super excited to bring the s?kihiw? festival back this summer,” says Alan Greyeyes, festival director. “We learned a lot about the internet and Zoom during the last two years, but we didn’t get to see grandmothers dancing at our block parties or those moments when Indigenous kids realize that stereotypes don’t hold any truth, so it’s going to be pretty big for our team, our partners, the performers, and the families we serve.”