“Indigenous Brilliance – Culture without Compromise,” with an opening reception on April 1, will exhibit for the first time in the U.S. in the North Fourth Art Center.

Offering a unique exhibit of contemporary Indigenous artwork through May 29, the show features 15 Indigenous artists and designers in various media. 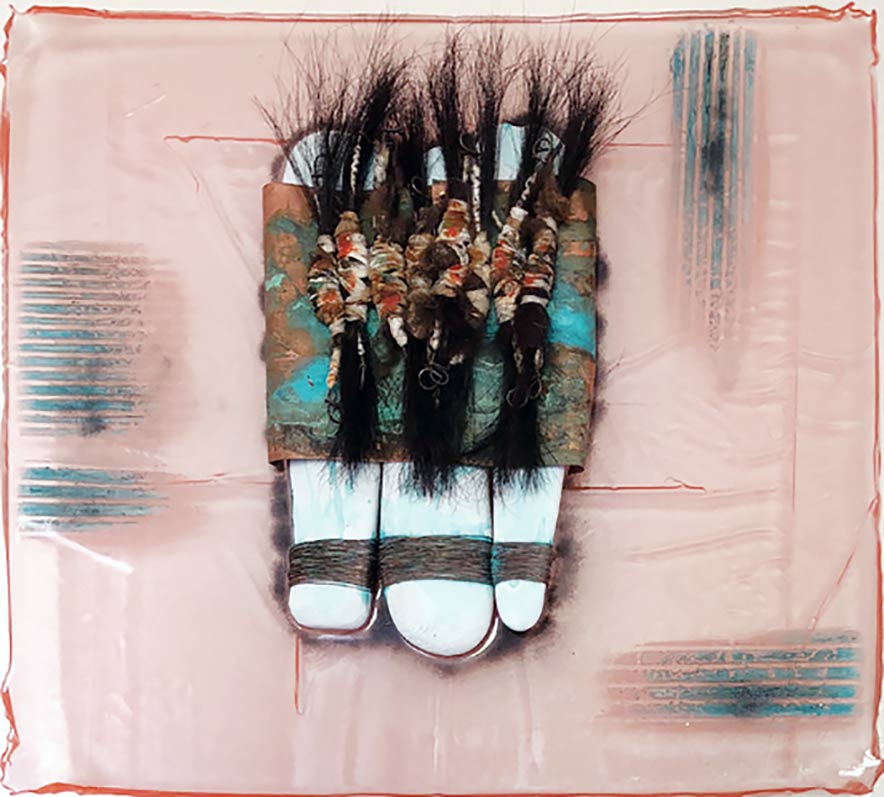 Courtesy photo
“Ritual Gathering,” mixed media, by Michael Billie, is among the works featured by “Indigenous Brilliance,” which opens April 1 at the North Fourth Art Center in Albuquerque.

“Indigenous Brilliance” exhibitions began in Europe in 2012, with shows in the United Kingdom, Italy, Spain, Holland, and Scotland.

The exhibition in Albuquerque celebrates the 10th anniversary of the first show in London in 2012. Seven of the artists in the current exhibition have exhibited their work in previous shows.

Co-curator Lyle Toledo Yazzie is excited about the 2022 exhibit.

“I think the show really represents Indigenous work that is being made now,” he said, “from fine, handcrafted traditional to the leading, contemporary work.”

N4th Gallery will host a reception for the artists during ARTScrawl on Friday, April 1, from 5-7 p.m.

National Museum of the American Indian schedule of events

NEW YORK – Public events scheduled at the National Museum of the American Indian for April and May includes the following.

The Northern Arizona Book Festival is a literary nonprofit based out of Kin?ání, which works to coordinate readings, panels, workshops, contests, and more that reflect the academic interests and cultural issues that define life in the Colorado Plateau region of Northern Arizona.

“Walking in Gallup” portrays homelessness through a mixed media show that puts a human perspective on an often-overlooked issue and spotlights its causes and conditions.

Original works by Antonio include a series of photographs and paintings depicting sights and scenes from the artist’s walks in Gallup that visualize issues such as criminalization and the reality of difficult choices, and a found object sculpture created from refuse collected by the artist on those walks.

“Walking in Gallup” will open on Saturday, April 9, from 7 p.m. to 9 p.m. (during ArtsCrawl), with a virtual preview earlier in the day at 11:45 a.m. (live-streamed on the @gallupARTS Facebook page).

Antonio will give a guest curator talk on Thursday, April 14, at 6 p.m. “Walking in Gallup” runs through May 7.

DURANGO, Colo. – The Fort Lewis College Division of Communication, Creativity, and Aesthetics invites the community to “Arts April 2022,” a celebration of the arts featuring students and visiting artists, with a month-long schedule of inspired performances, exhibitions, and literary readings.

GALLUP — GallupARTS will host Art NM!, a statewide celebration of New Mexico arts and culture, on Saturday, April 9, at the ART123 Gallery from 2-5 p.m.

ALBUQUERQUE – The SouthWest Writers competition welcomes entries from artists, photographers, and authors, whether residents of the Southwest or not. Already-published submissions will also be accepted in most of the 19 categories to be judged.

Book reviews will be up for prizes for the first time, as will haikus, limericks, sonnets, elevator pitches, query letters, and loglines. For a list of categories, and contest rules, go to https://www.southwestwriters.com/annual-writing-contest/

Finalists’ names will be announced on July 1, and winners will be announced (and prizes awarded) at the SouthWest Writers Annual Meeting on Oct. 8.
All entries must be submitted electronically (via the website). No paper entries are accepted.