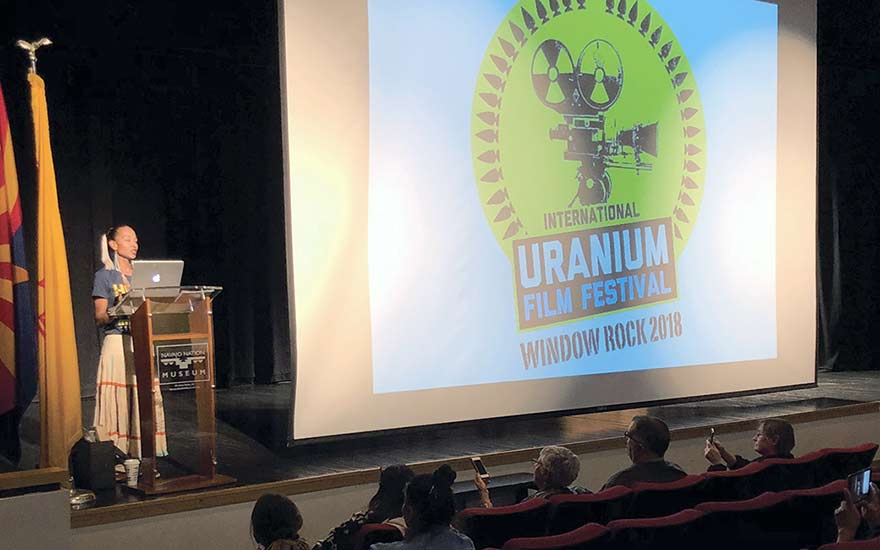 In July 1979, more than 1,000 tons of solid radioactive mill waste and 93 million gallons of acidic, radioactive tailings solution flowed into the Puerco River from the United Nuclear Corporation in Church Rock, New Mexico.

Cody, Miss Navajo Nation 1997-98, had just performed a song for the crowd at the Navajo Nation Museum, who were attending the International Uranium Film Festival, when she began talking about the perils and legacy of uranium mines and radioactive waste on the Navajo Nation.

“News reports at the time stated ‘was sparsely populated and the spill posed no threats to public health.’ Public health in that area seemed to only involve settlers living in urban cities. Not the Native people who relied on the river system for their crops, livestock, and drinking water.”