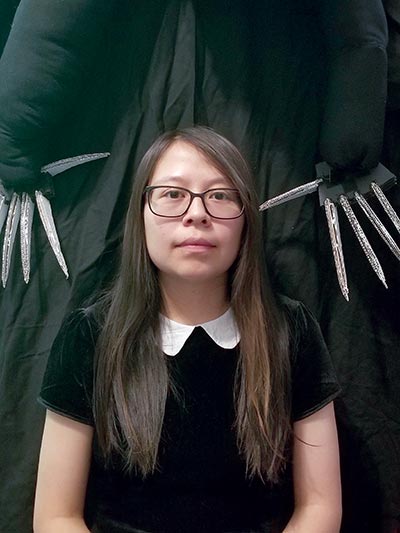 She decided to self-publish her comic because she knew how complicated publishing a comic could be.

“I knew that if I were to stay with an editor or with a publishing company, they would be really strict on what I could do and what I could not do,” Shaggy said.

“With self-publishing, there’s more freedom,” she said. “The only thing is it’s more expensive because I have to cover all the costs myself.”

Having full creative control over her comic was the big reason why she decided to self-publish.

The comic series follows the adventures of a young Diné woman named Dinora Redhorse. She is living on Mars in the year 2228 with her grandmother.

The idea behind the series, in which Dinora and her grandmother are the last Diné on Mars, comes from Shaggy’s experience as the only Indigenous student while she was studying abroad in Japan.

“It got me to thinking, ‘Oh, what if I’m the future, there’s only one Native person left?’” Shaggy said. “I really like ‘Star Wars,’ I like ‘Star Trek,’ I like a variety of science fiction so something like that came to mind.”

From there, she began thinking about the setting and conflict of her story and it came together.

She also took inspiration from people in her own life to create the characters. Specifically, she framed Dinora’s grandmother after her own maternal grandmother and her great-grandmother.

“She’s (Shaggy’s grandmother) always been really supportive and appreciative,” Shaggy said. “She’s always cheered me on with my art.

“Dinora’s grandmother is also based on my great-grandmother,” she said. “Her appearance is modeled directly after hers and her name was Grace.” 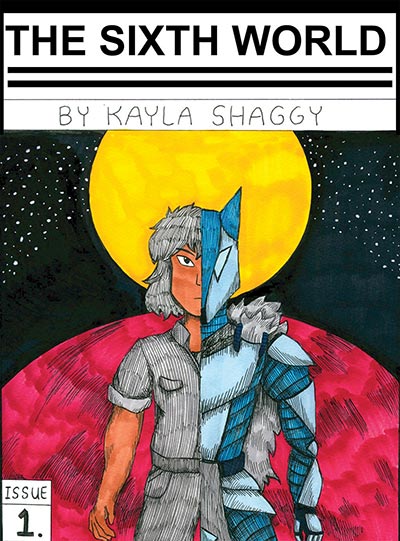 Shaggy grew up reading comics and was always upset never seeing any comic where the main character was Native.

“It was always like they were the side character or you could tell they were just stereotypes,” Shaggy said. “I really didn’t like that, you know, having to see someone who’s like me, who’s Native, and yet they’re just ignored in the story.”

Due to her experience, when Shaggy created “The Sixth World,” she wanted to create a character that Native kids could look up to.

“Natives really like comics, we really like seeing ourselves in media,” she said, “so I created ‘Sixth World’ because it’s something I would’ve liked to have seen when I was younger.”

More information on Shaggy and her artwork, and where her series “The Sixth World” can be purchased, can be found at her website: kaylashaggy.gallery