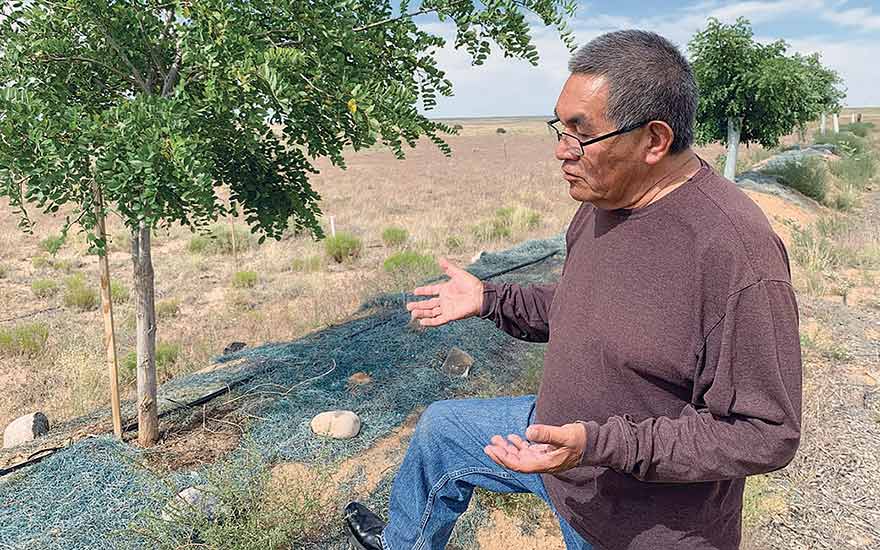 Navajo Times | Cindy Yurth
Drip irrigation and mulch supply enough water to raise locust trees, which can be cut for fence posts and grow back again from the roots, Ernest Diswood explains.

Ernest Diswood delights in the little tufts of grass almost as much as his cattle do.

Needle-and-thread, Indian rice grass, blue gramma, galleta, atriplex … he can name them all and more, and more likely than not also knows the scientific and Navajo names.

“The more diversity you have, it’s a sign of a healthy range,” explained Ernest.

The Diswoods are practicing sustainability. They are the kind of small-scale farmers all the politicians claim to support — but in the eight years they’ve run this RMU (Edwina inherited it from her grandmother) they say they’ve never gotten any assistance from the tribe.

It took them seven years of asking before the BIA even gave them a roll of fence wire.