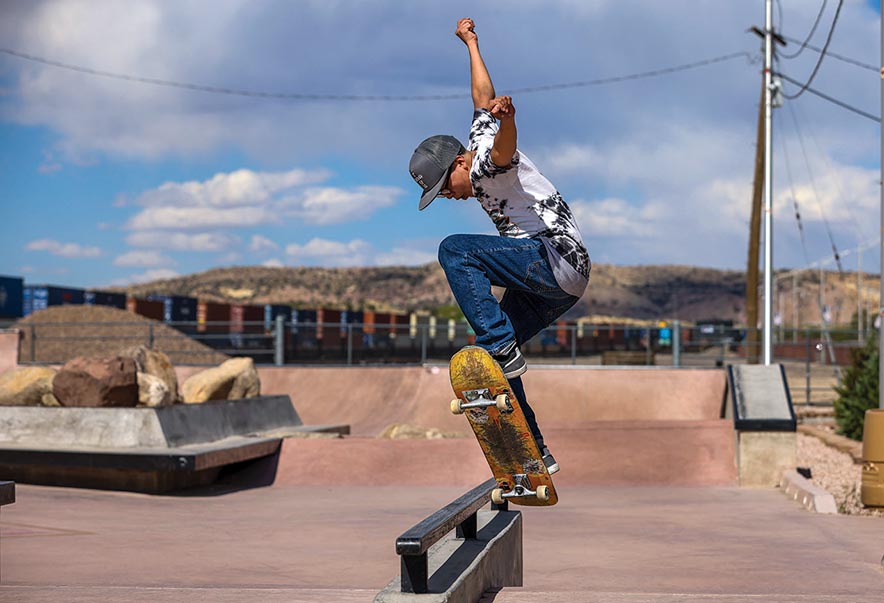 Navajo Times | Sharon Chischilly
Santino Chischilly, 16, performs a 50-50 grind at the Gallup Skate Park on May 26. Chischilly is sponsored by Enchantment Skate Shop and Proteusco Clothing.

After skateboarding for about an hour, Santino Chischilly, 16, sat next to his older sister and niece to take a breather and to cool down at the Gallup Skate Park.

Chischilly has been skating for three years and is currently sponsored by Enchantment Skate Shop and Proteusco Clothing.

His love for skating comes from his older siblings and, although they’ve since stopped, Chischilly continues to excel.

“My brothers use to skate…when I was barely a baby…they ride me around on a board,” said Chischilly. “Once I grew up I just wanted to try it.”

The drive to conquer new tricks is what Chischilly finds most gratifying when it comes to skateboarding. 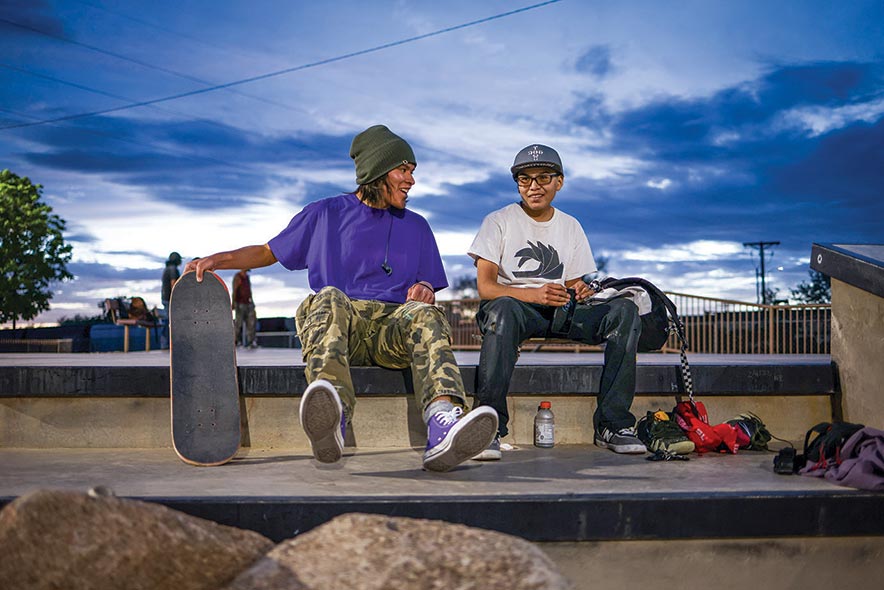 Navajo Times | Sharon Chischilly
Santino Chischilly, right, and Jaelin Lee, left, take a break from skateboarding at the Gallup Skate Park on May 26.

He said while a novice he would sit and watch other skaters, ask them questions, and then “commit” to learning and landing tricks of his own.

It’s Chischilly’s drive and motivation to learn and successfully land the tricks that caught the attention of Enchantment Skate Shop owners Jeremy and Cecely Todacheenie, who also skateboard as well.

“It’s pretty amazing seeing his progress from when he barely started to now,” said Cecely. “His drive and him always staying motivated to learn more on the skateboard. How natural he looks on a skateboard as well.”

The couple has owned the skate shop located inside the Gallup Cultural Center since June 2018, and the owners sponsor both kids and adults.

“Our shop is us wanting to do something for our community,” said Jeremy. “Wanting to supply for our skateboarders…do events…basically live our own dream that we wanted since we were kids.”

Jeremy, who is from Gallup, said growing up they didn’t have a skate shop owned by skateboarders, and events such as skate contests weren’t happening, but now he and his wife are in a position to offer this and much more to local skaters like Chischilly.

“Being there for one another and showing a lot of support is what our skate shop is about,” said Jeremy. “It’s a bonus to be here to supply and help people. We are here for the skate community.”

Only a few feet from the shop is the Gallup skate park, which Jeremy and Cecely advocated for and even had a hand in how it was designed.

The park opened in 2018 and is where Chischilly and other skaters come together while trains pass by. 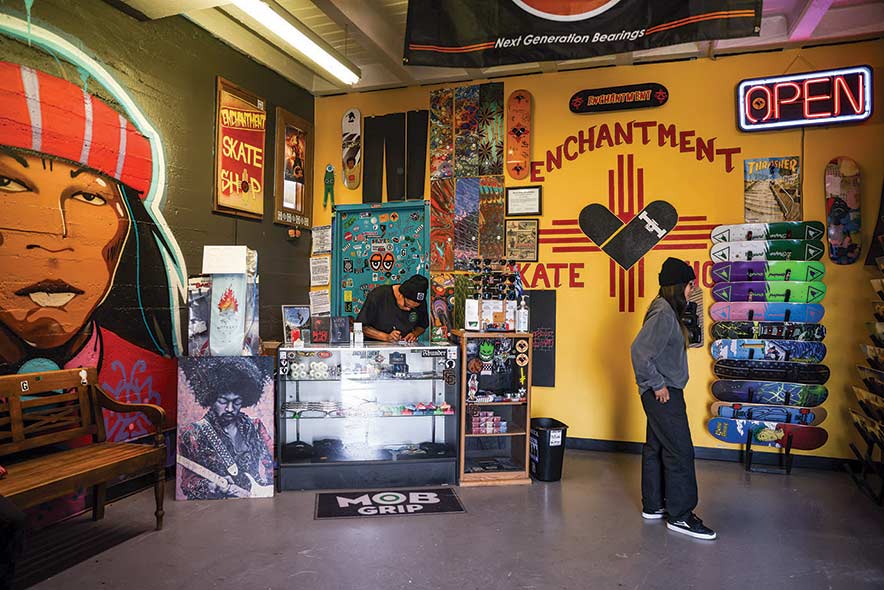 The skateboarding community is a close one, but Chischilly’s own family like his brothers and sister, Constancy Chischilly, are all behind their little brother and help in any way they can.

Constancy brought her daughter to watch Santino skate as well as take photos to post on social media, which is one of the obligations of Santino’s as being a sponsored skater.

“My family we take turns either dropping him off, pick him up,” said Constancy. “I try to help him keep up with social media and getting certain words, tricks, photos out there.”

Constancy said she wants to learn to skate and gets encouragement from Santino.

When her older brothers, who were Santino’s inspiration, reflect on their younger brother finding success in skating it has them wanting to pick up the board again.