Tamarah Begay was listening to the virtual awards ceremony for the New Mexico chapter of the American Institute of Architects two weeks ago, a little disappointed her Chinle campus for Navajo Technical University hadn’t won a statewide award. 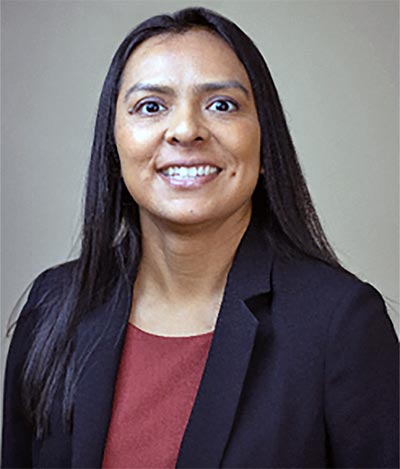 She was only half listening when they started to announce the Young Architect of the Year Award.

“I thought, ‘This person sounds interesting, how do I not know this person?’” recalled Begay, who is Nakai Diné’e born for Kin Yaa’áanii.

It wasn’t until the announcer said her name she realized they were talking about her.

The Young Architect of the Year Award, according to the AIA’s website, is not just about architecture. It goes to “individuals who have demonstrated exceptional leadership and made significant contributions to the architectural profession early in their careers.”

It’s not based on age, Begay explained, but the number of years in the profession — less than 10. Nine in Begay’s case. She does happen to be young, at least from her looks — she declined to reveal her age.

“People are always saying, ‘You look so young, how can you own a business?’” she said. “Anyone can start a business. There’s not an age requirement.”

Begay has received notoriety for being one of very few Native women architects across the country — she knows of eight — and for incorporating Indigenous culture into her designs, particularly when she designs for tribes.

But she believes she won the award because of her efforts to grow the next generation of Native architects.

Her Navajo Design and Planning class at the University of New Mexico gets bigger every year, and her company, Indigenous Design Studio + Architecture in Albuquerque employs several young Natives working on their certification.

She recently got approval for a summer architecture camp sponsored by UNM.

“I strive to educate the Native youth about the path to architecture,” she said, adding that there are infinite opportunities to apply Indigenous concepts to planning and design, especially here in the Southwest.

However, she feels Native architects are sometimes more appreciated off their reservations than on.

“I’ve applied for many contracts on the Navajo Nation and not gotten them, even with Navajo preference,” she said. “I don’t know why that is. I hate to think there’s prejudice against our own people, or maybe women.”

Begay, who hails from tiny Iyanbito, New Mexico, can trace her interest in architecture to an elementary school career day.

“There was an architect, and I was like, ‘That’s it. That’s what I want to do,’” she recalled.

She worked for several firms before founding ISDA.

Through the years, she has discovered it’s a tremendously undervalued profession.

“People think we just draw, and that we shouldn’t get paid for it,” she said. “In reality, we come up with concepts for the use of space based on culture, place and language. We shape people’s lives in a positive way.”

How does she feel about the housing situation on the Navajo Nation?

“I feel like it should be more democratic,” she said. “People and communities should be able to determine the type of housing they want to have.”