‘… I can outlast most girls’ 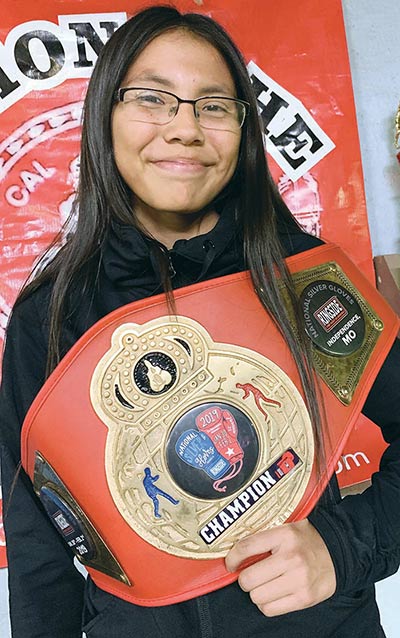 In grade school, Mariah Bahe was bully bait — the kind of small, quiet kid that’s always getting picked on.

She dreaded the bus ride to school, where the big boys would taunt her and pull her hair. Her mother, Elmira Bahe, urged her to report the incidents to the bus driver or another adult, but Mariah just stoically put up with the teasing.

Until one day when she decided she’d had enough. The next boy that pulled her hair, she whipped around and landed a perfect right hook in the middle of his face.

That was the day Mariah stopped being bullied. It was also the day the bullies realized they had messed with the wrong family. Mariah, you see, is the daughter of Johnny Bahe, the third-generation owner of Damon-Bahe Boxing Gym in Chinle. She put on her first pair of gloves at the age of 5.